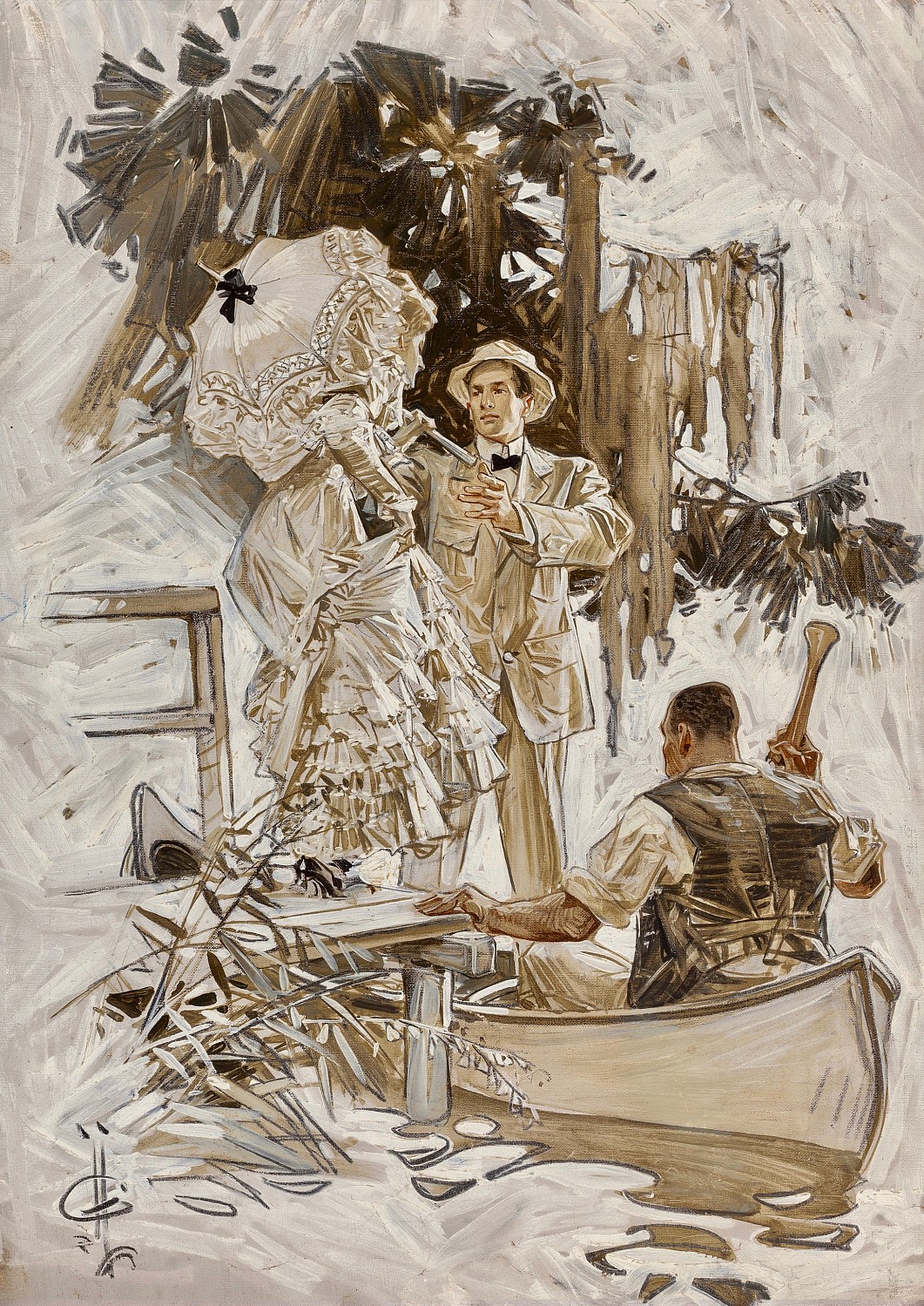 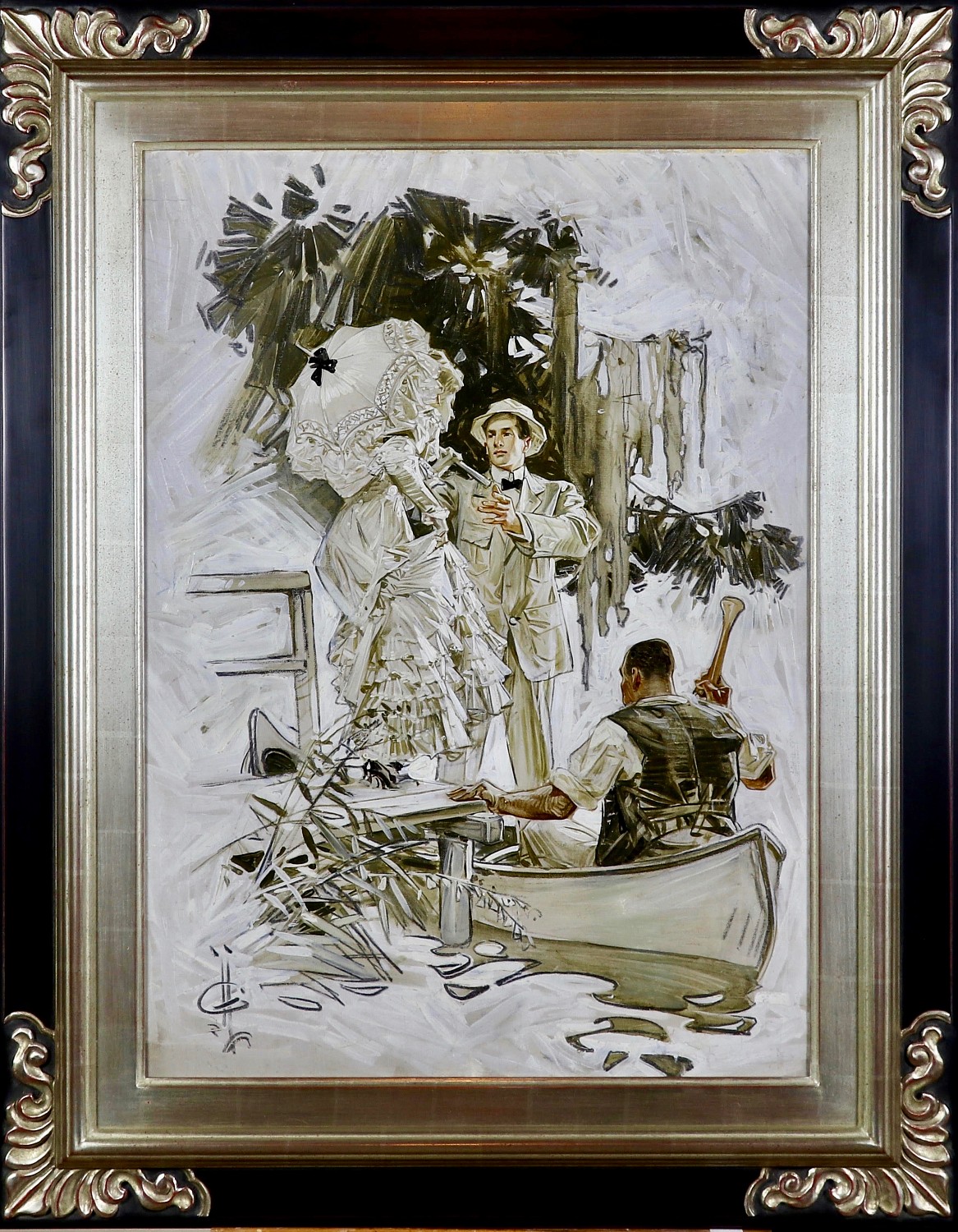 The present work is one of six Leyendecker illustrations from Gouverner Morris' The Voice in the Rice, published in book form in 1911. The novel centers on a dashing young man, Michael Bourne, who, after surviving a shipwreck off the coast of South Carolina, washes ashore near the Santee River and encounters a secret slaveholding community. Lord Nairn, a wheelchair-bound tyrant with hypnotic powers, governs this supposedly utopian society, and he soon feels threatened by Michael when they begin to compete for the affections of Mary Moore. Michael can never quite meet Mary in person, but instead hears her melodious voice drifting through the rice swamps (hence the book's title).

Exhibiting Leyendecker's quick brushwork and penchant for the idealized figure, Voice in the Rice depicts the moment that a guest arrives to socialize with Michael and the other young people in this mysterious community:

"At the landing a very beautiful girl, dressed for tennis, was stepping out of a canoe. Her paddler, a short negro of great power, surly and taciturn-looking, backed his canoe and shot off in the rice. I was presented to Miss Stevens of the Heronry. She seemed to have less eyes than the rest, and to express herself with more sense and less banter. . . . She looked at me with steady blue eyes, . . . [and] I thought to myself, 'That is the way Mary Moore would look at one, only not so much so.' [I] strolled part way back to the court with her, and it was arranged that she should take tea with Lady Moore that afternoon, and that, if I felt very strong and careful, I should take her canoeing in the cool" (G. Morris, The Voice in the Rice, New York, 1911, pp. 55-56).