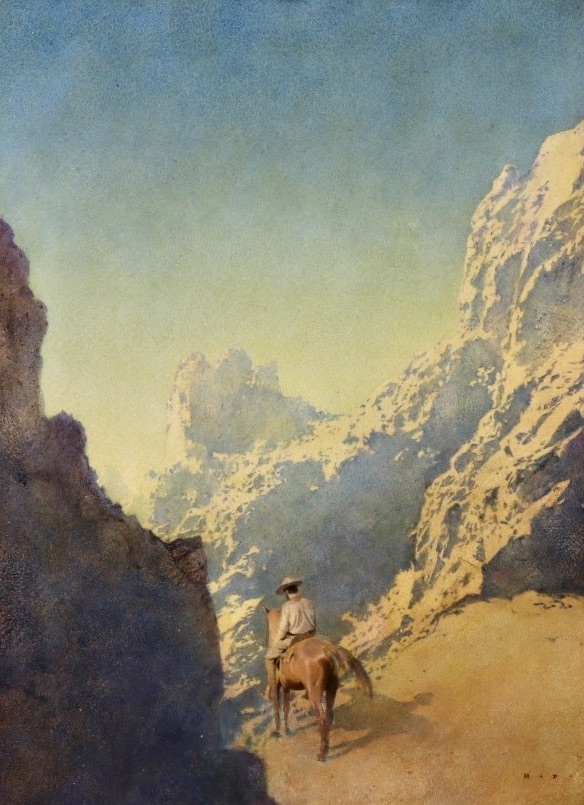 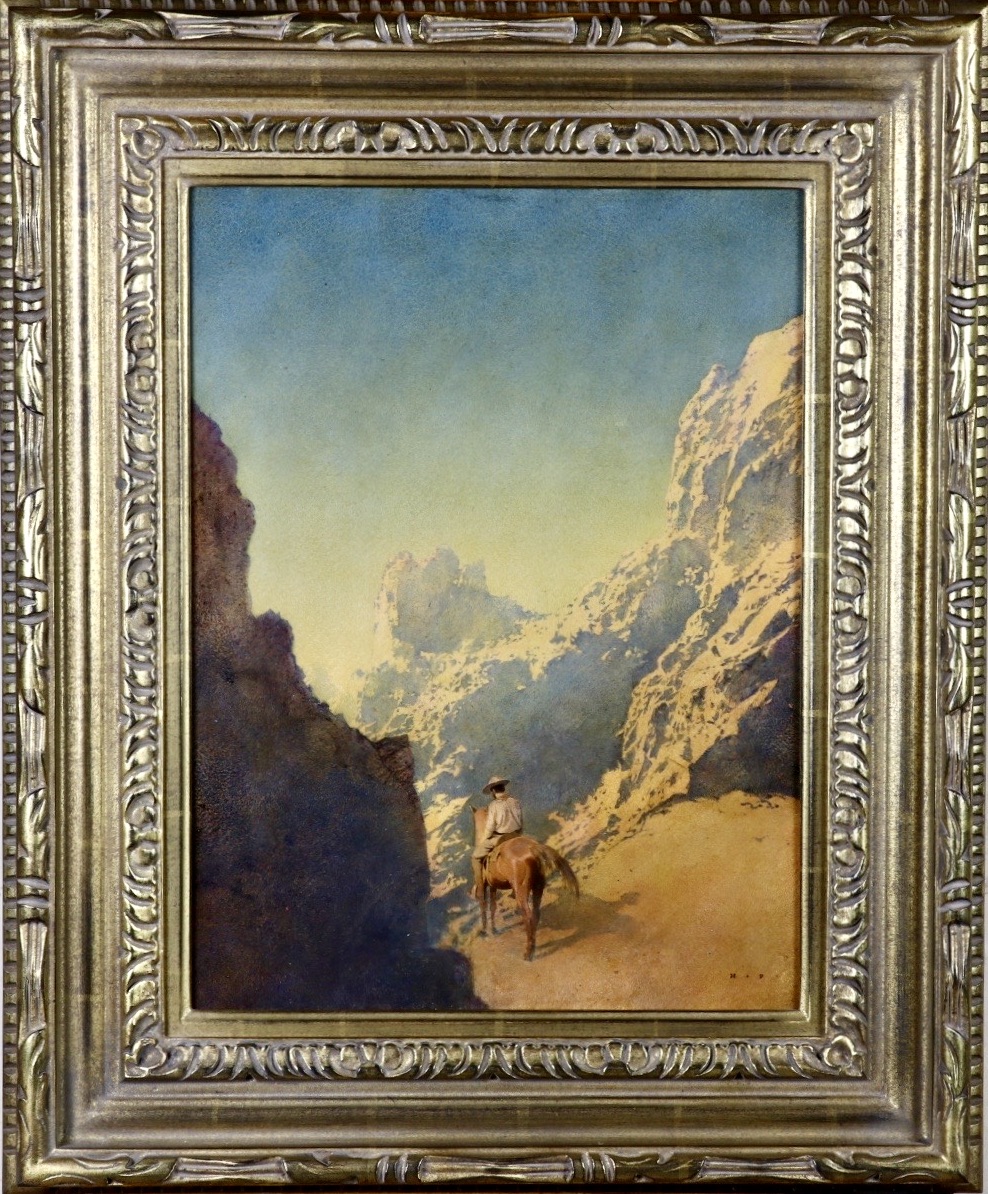 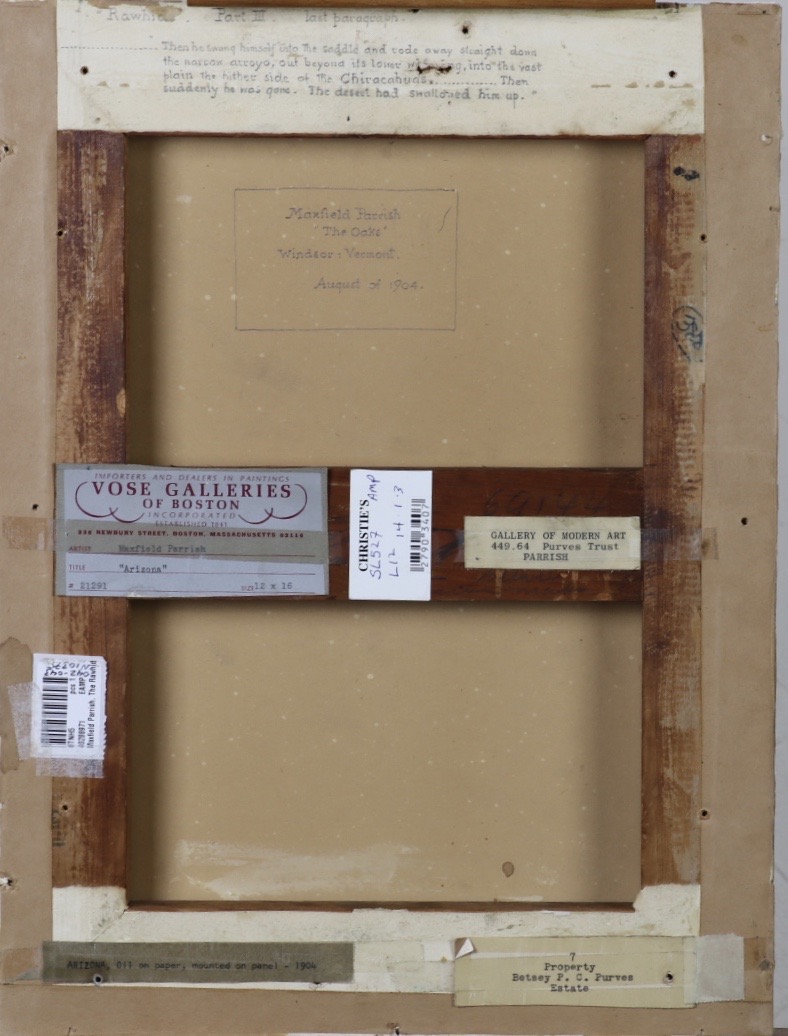 The Rawhide Part III, 'He swung himself into the saddle and rode away.'

signed with initials M·P (lower right); also signed again Maxfield Parrish, dated August of 1904. and inscribed “The Oaks”/Windsor: Vermont. (on the reverse); also inscribed “Rawhide”. Part III. last paragraph./”Then he swung himself into the saddle and rode away straight down/the narrow arroyo, out beyond its lower wi*ing, into the vast/plain the hither side of the Chiracahuas…Then/suddenly he was gone. The desert had swallowed him up.” (on an original label affixed to the stretcher)