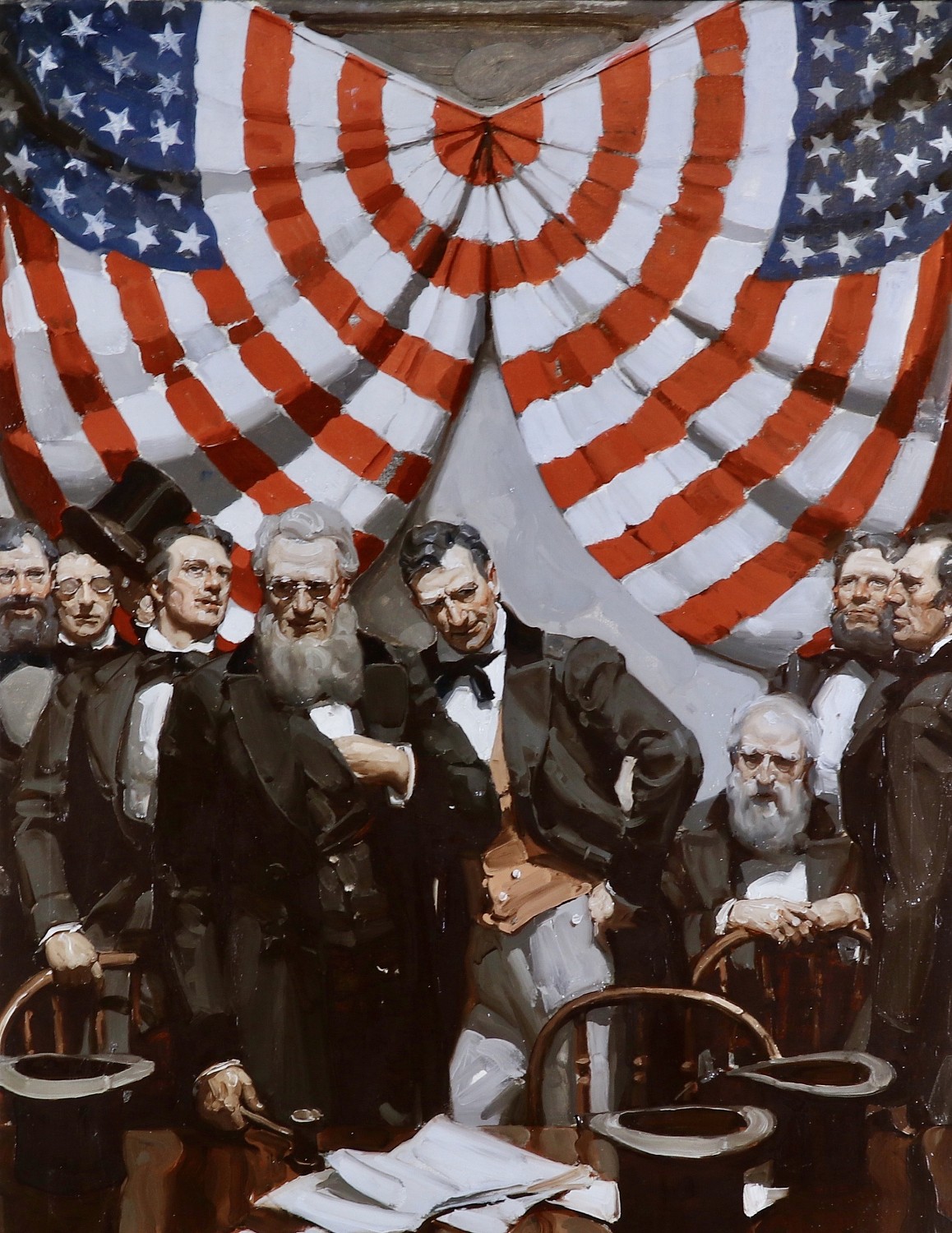 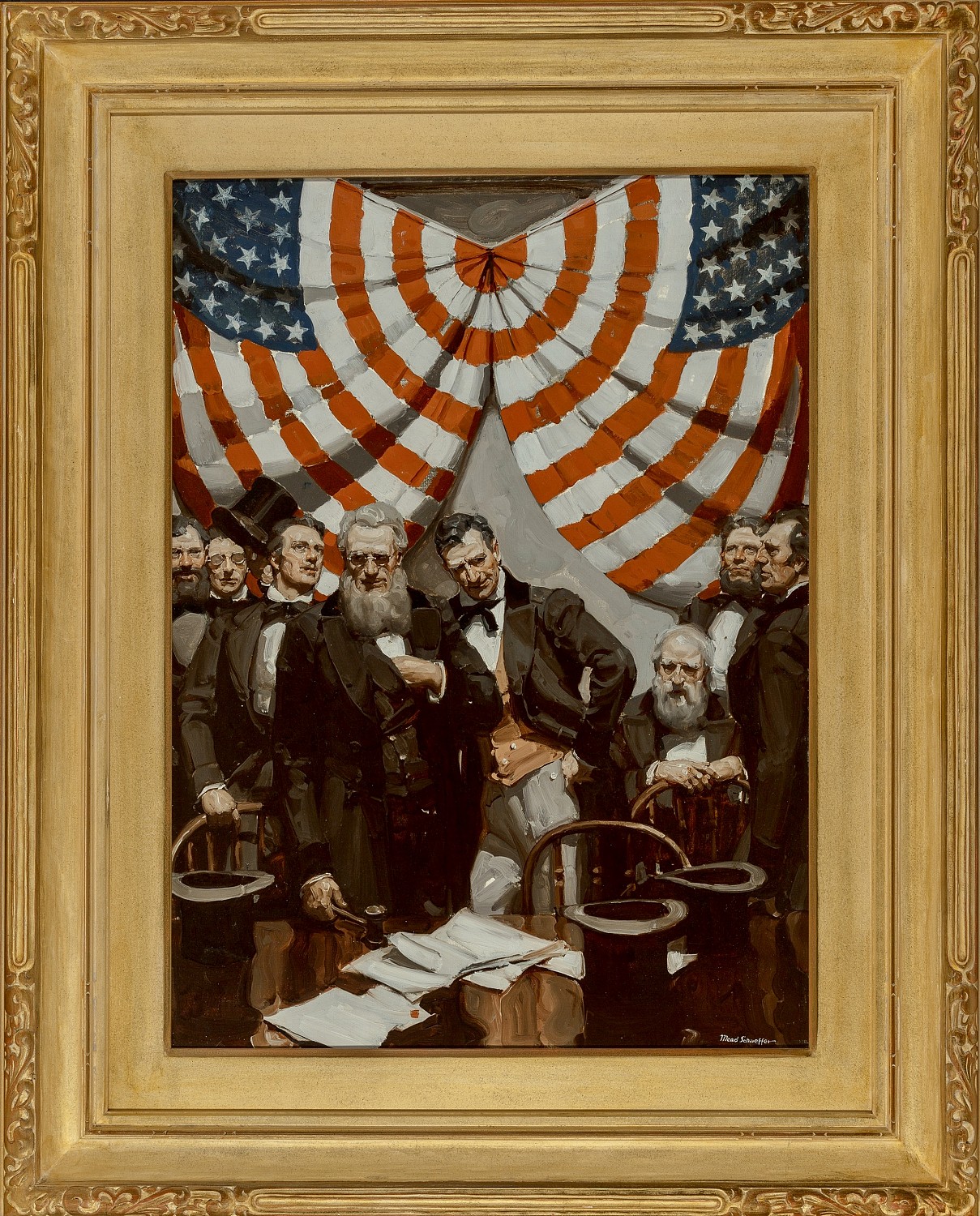 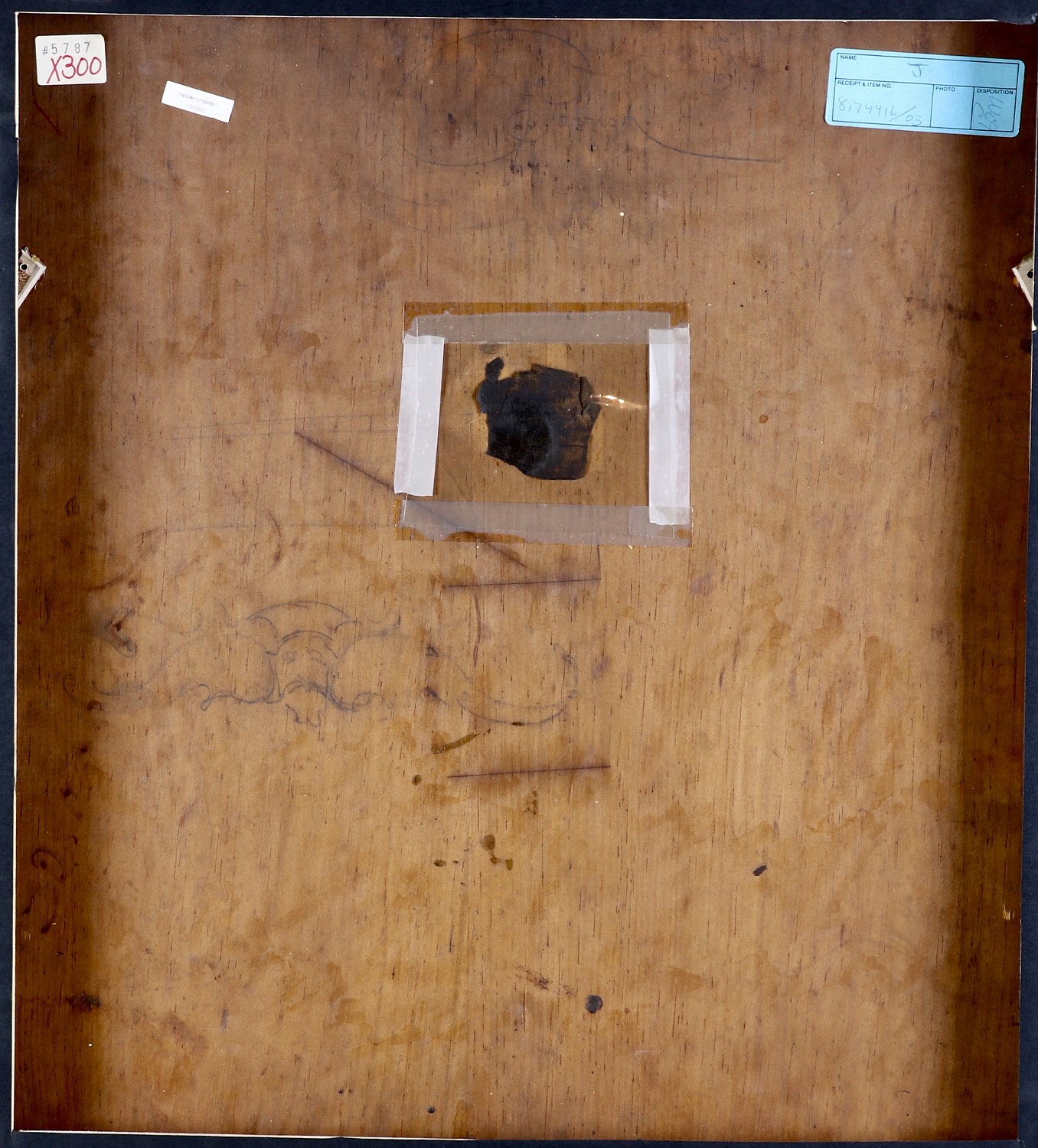 A close friend of Norman Rockwell, Mead Schaeffer focused his early career on illustrations for classic, historical, and adventure novels, including Moby Dick, The Count of Monte Christo, and King Arthur and His Knights. The featured lot, a masterpiece of political intrigue, was published as a story illustration for Joseph C. Lincoln's novel Head Tide, serialized in Good Housekeeping in 1932. Set in the fictional town of Wellmouth, Cape Cod, in the late 1870s, Head Tide centers on the efforts of the local newspaper owner to present in an unbiased fashion the platforms of the Republican candidates running for a seat in the Massachusetts Legislature. Primarily at stake are the interests of Wellmouth's elite -- the Four Cornersmen -- versus those of the town's shipping class -- the South Siders.

This particular illustration for Head Tide depicts a critical moment in the Republican caucus, organized to nominate a candidate for the House of Representatives and to elect delegates to the state convention. Grouped in front of a monumental American flag are the key members of the Four Corners establishment: with his signature grey beard, powerful Joel "Judge" Dean, the town's leading attorney and the chairman of the Republican committee; earnestly leaning toward Dean, Cornelius Haven, the local bank cashier and committee secretary; and seated, venerable Manasseh Eldredge, the wealthy shop owner. Flanking these central figures are other members of the Four Corners Republican guard, whose distinction and influence Schaeffer emphasizes in their formal suits and upright stature. Nonetheless, the group expresses collective worry at this moment, as a caucus member from the working-class South Side challenges their proposed list of delegates and threatens to foil their political victory: "The tumult and disorder spread, and after a whispered consultation with Cornelius Haven, Judge Dean rose and pounded with his gavel. 'A moment,' he shouted. 'Mr. Haven has a word to say. Will you grant him the courtesy of silence?'" (M. Schaeffer, Head Tide, New York, 1932, p. 236).