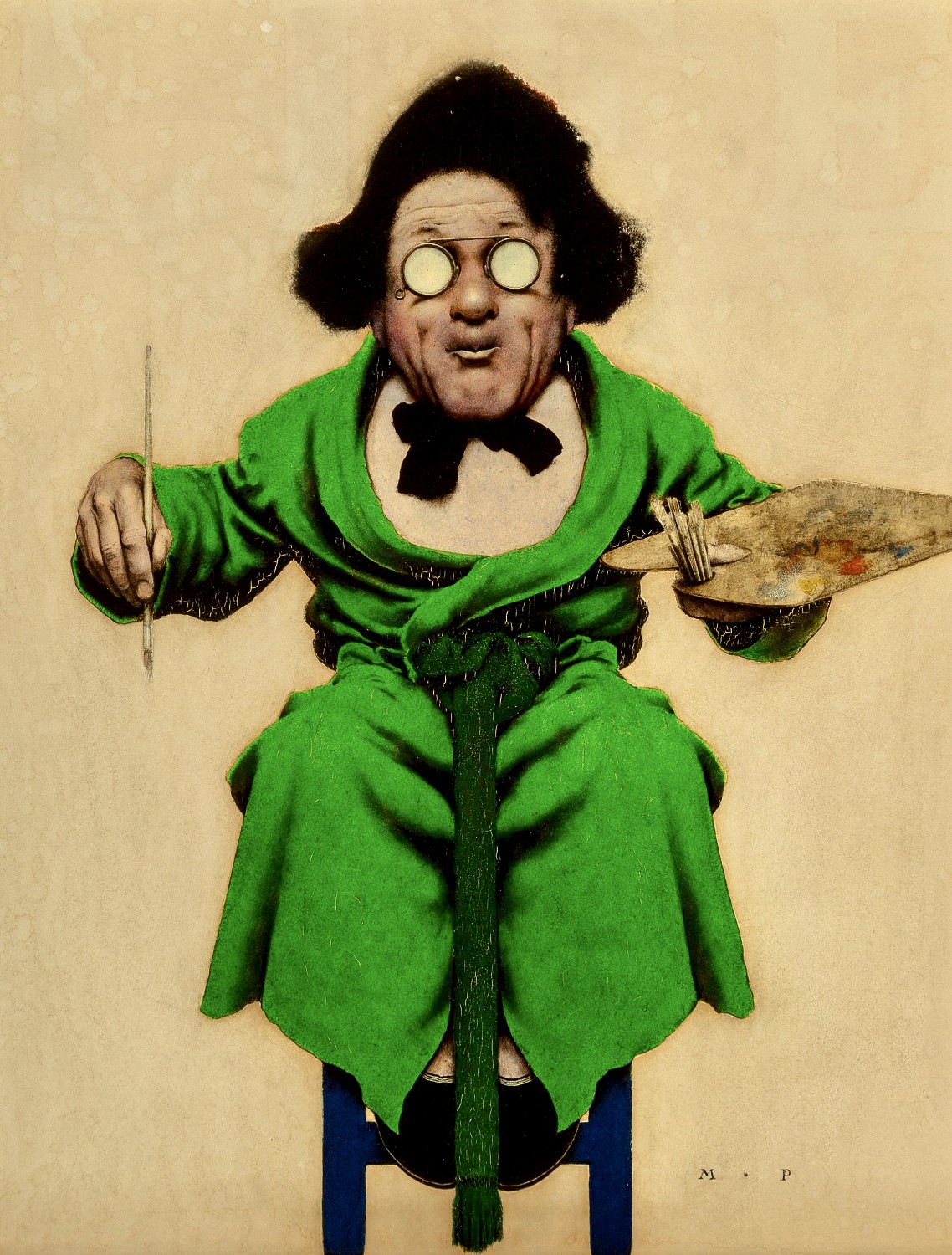 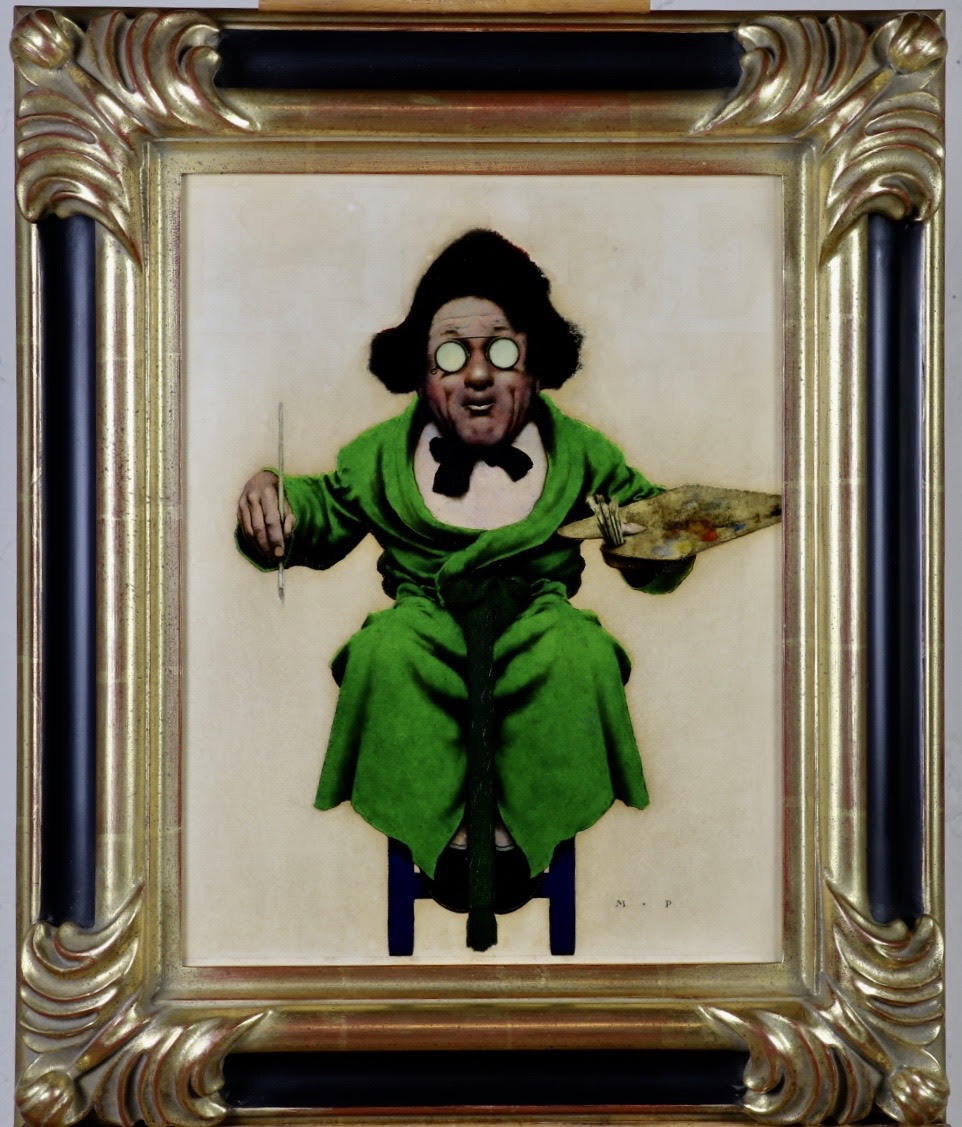 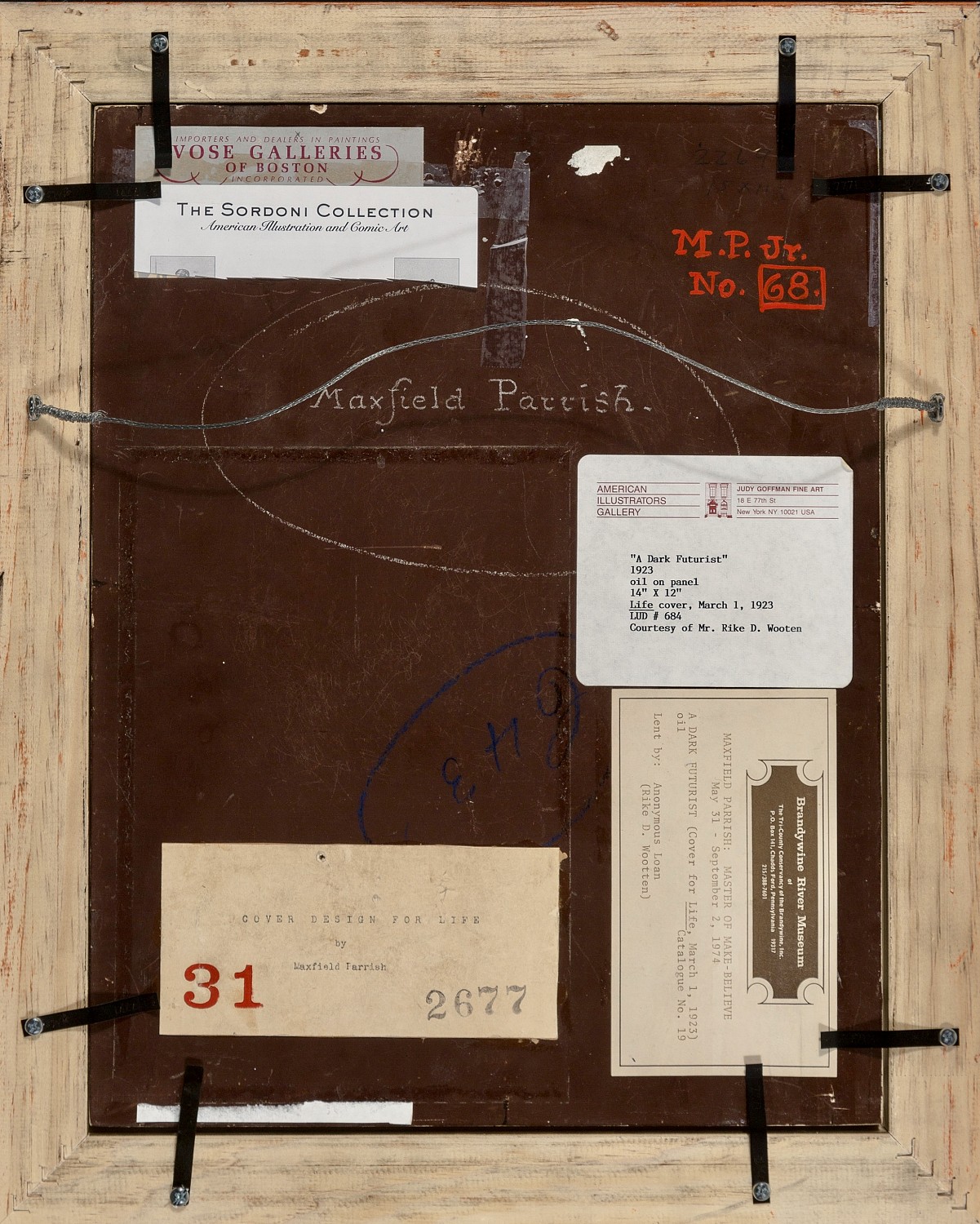 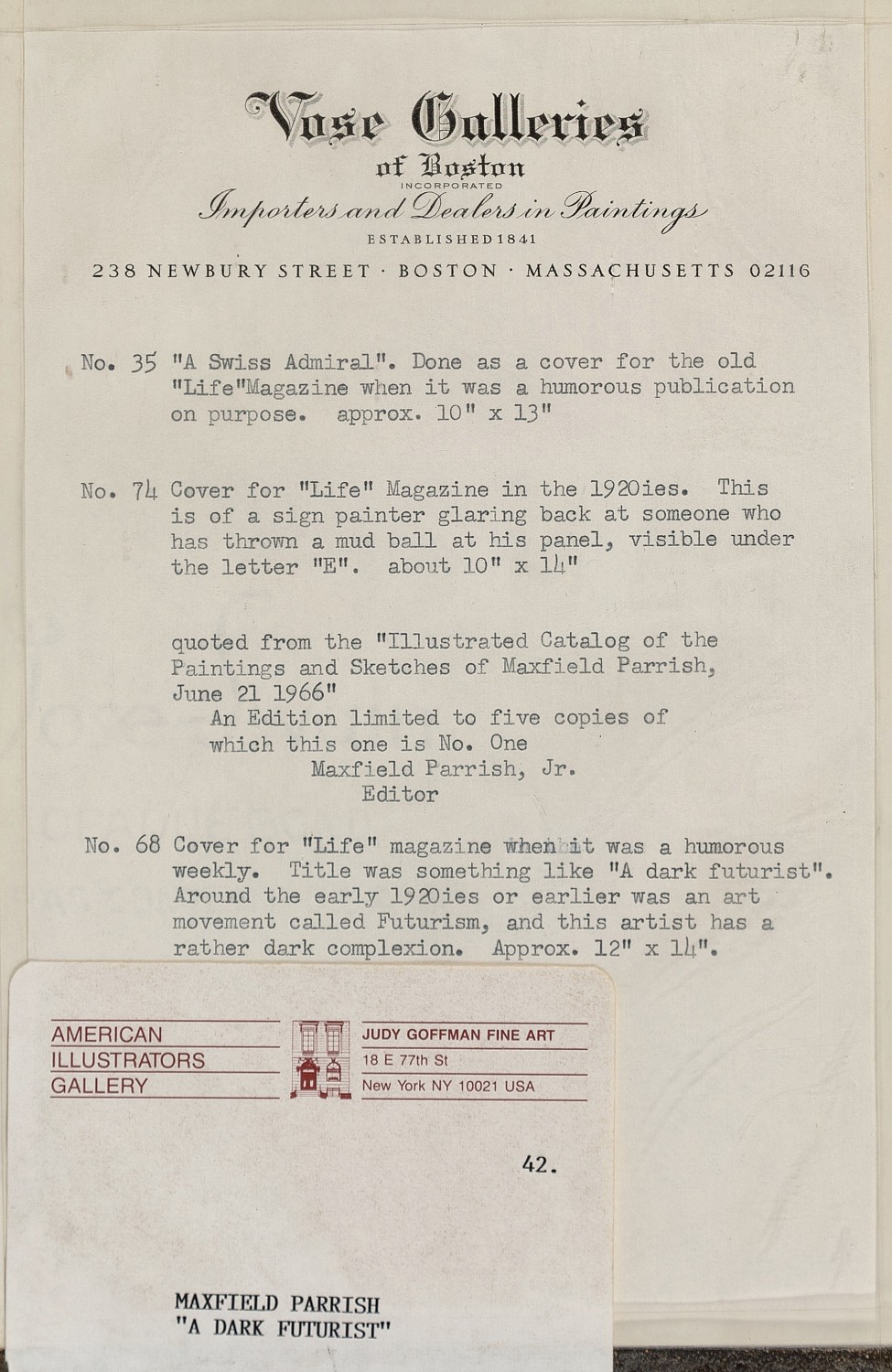 According to David Apatoff, Art Critic, The Saturday Evening Post, "Parrish abandoned his customary heavy details and rainbow colors to present a bolder, more high-contrast design silhouetted against a stark white background - a treatment more suitable for a modern magazine cover vying for attention on a crowded newsstand.

A Dark Futurist is silhouetted against a white field with no background or details to prop it up. The composition is carefully centered with only differences in the hands and the artist's necktie to break the symmetry. These are crucial to the success of the design.

Just as important as Parrish's clean, high-contrast style in these pictures is the refreshing humor and sophistication in content, which is usually absent from Parrish's fairytale paintings.

A Dark Futurist shows us a different kind of modernism. Parrish steps out of his timeless fairy tales to tweak one of the most incendiary artistic movements of his day. Futurism, with its militant manifesto and its outspoken artists, was all the rage in Europe. Parrish pokes them, showing a "dark" and anxious futurist with pursed lips and thick glasses, poised to paint but not exactly sure of, or optimistic about, what the 'future' will hold. This suggests that Parrish was alert to, and had opinions about, current events of the day - something one might never guess from his usual subject matter."


In his early Collier's illustrations, Parrish also developed memorable themes that he would return to in his 1920s magazine work. One of his most popular characters was the "seer," or man with keen visual powers, most often depicted as an artist, but also appearing as a tourist, scientist, and philosopher. Parrish's seer was recognizable by particular physical attributes: round glasses, indicating his visual and analytical acuity, and an overcoat and/or hat signifying his role as observer of the outside world.

A Man of Letters, sold last year at Heritage Auctions, was one of the first Life covers Parrish rolled out for Gibson, and he repeated the character of the artist-seer, emphasizing the comic spin, for two later editions: A Dark Futurist (Life, March 1, 1923) captures a Parrish-like artist in foggy round glasses and a long green coat hunched over on a stool, balancing in his hands a paintbrush and a palette and staring quizzically at the viewer; A Good Mixer (Life, January 31, 1924) takes the exact same figure and turns him on profile next to an easel, reiterating his dwarfish stature and befuddled expression. Parrish actually gave a name to these covers with whimsical characters silhouetted against a plain backdrop: "odds and ends." In a note to Life's art editor, he summed up his utter delight in creating "odds and ends" like A Dark Futurist: "I'll say right now that there is a lot of good fun doing these for your crowd down there that I like. I like the spirit of it, and work, I think, is the better for it" (Ludwig, p. 101).