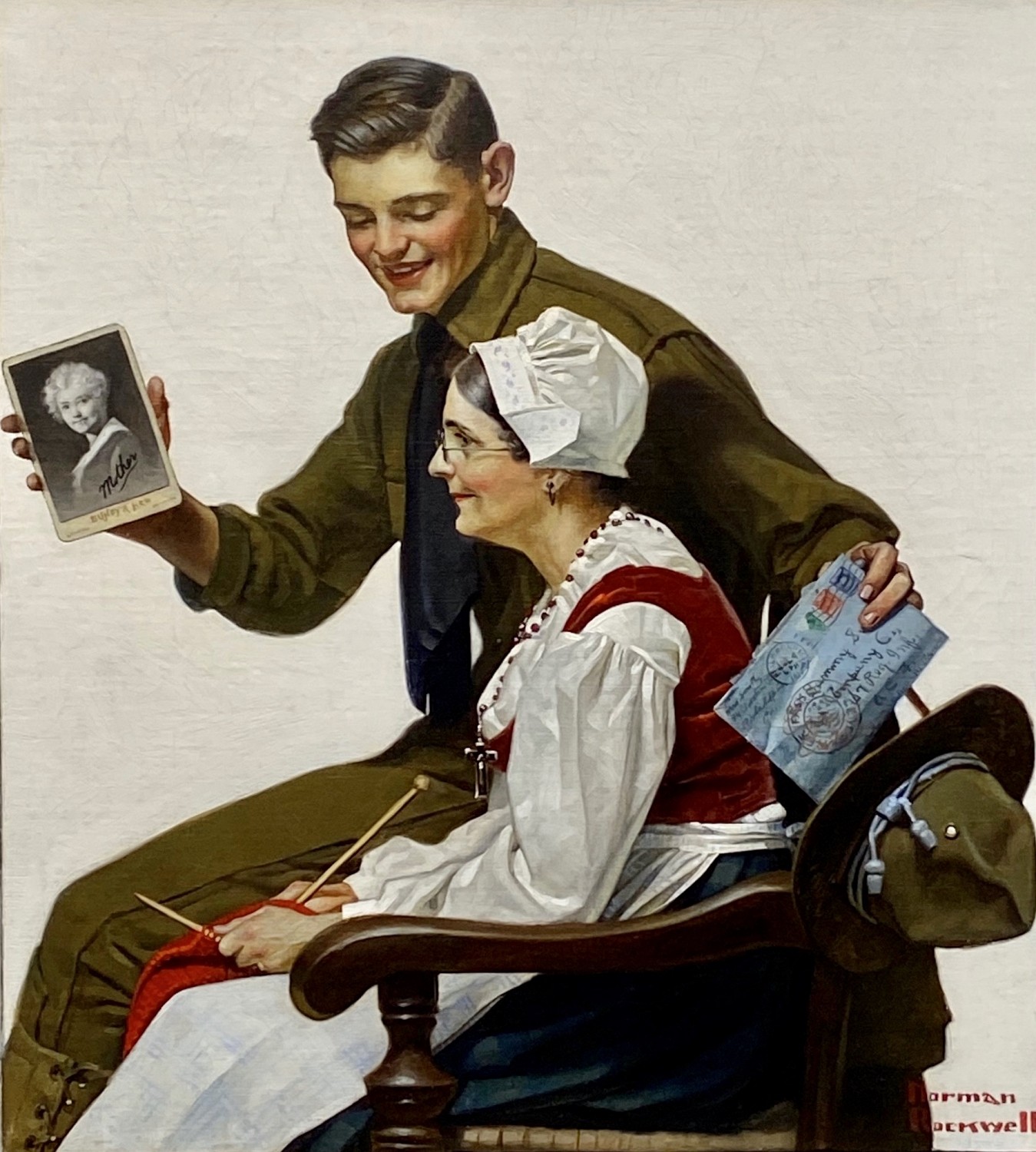 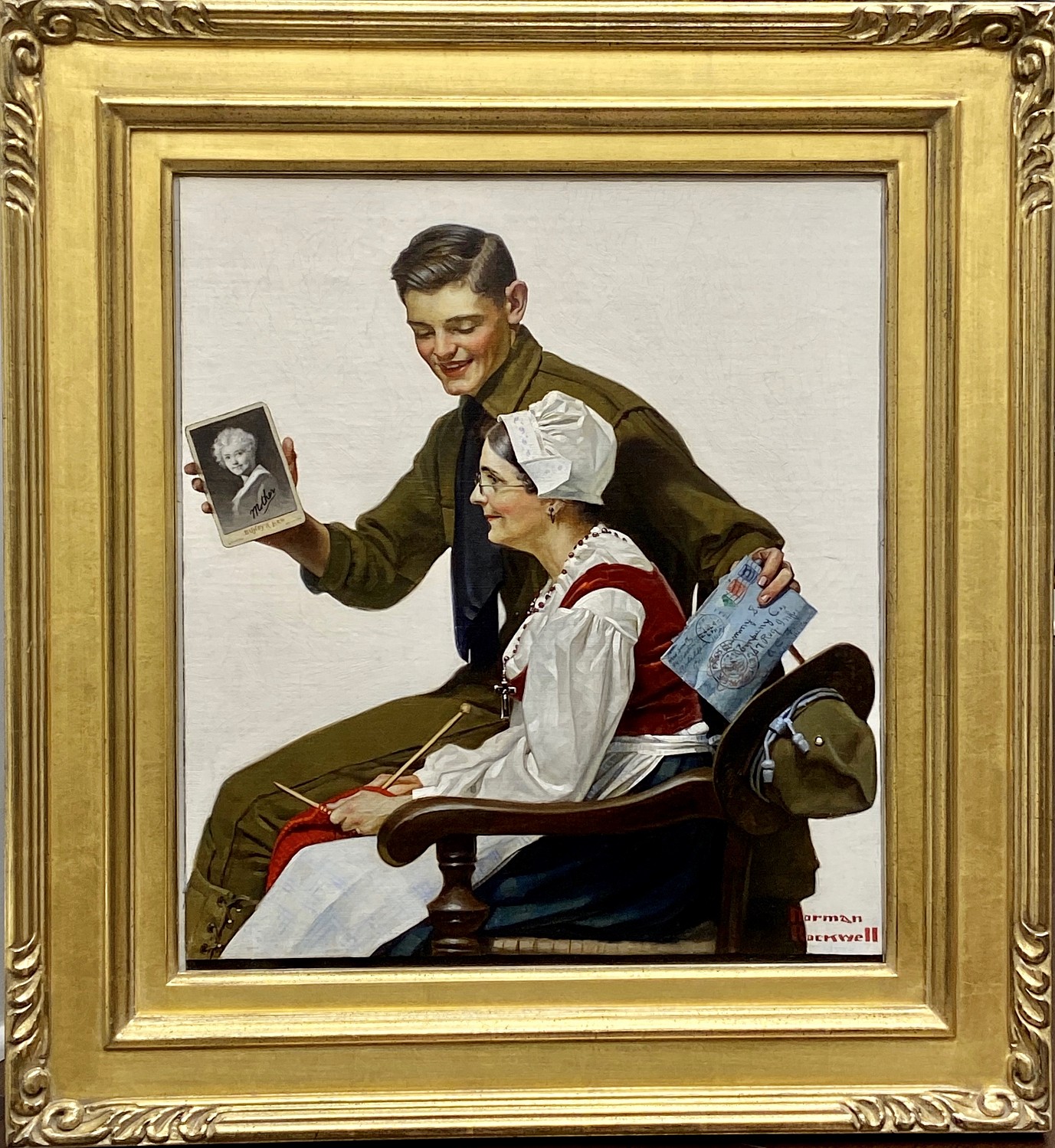 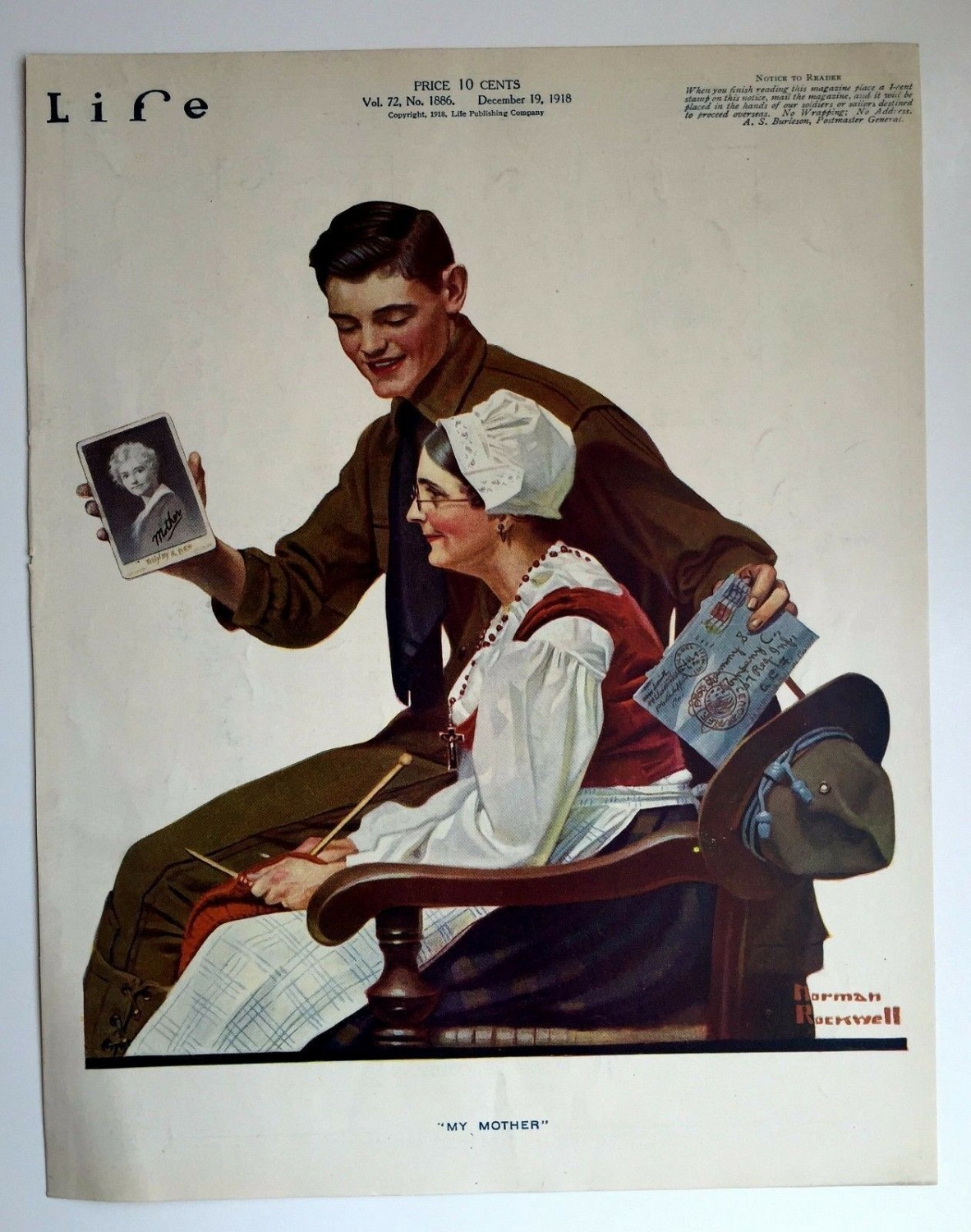 Featured on the December 19, 1918 issue of Life magazine, Norman Rockwell’s My Mother (Soldier with French Woman) captures the zeitgeist of a victorious nation still in the emotional throes of war. Undertaken when Rockwell’s prominence was on the rise with his popular Post covers from 1916, the present work demonstrates the more expressive and painterly execution that characterizes his works through the 1930s, before he incorporated photography into his technical process.

Published two weeks after President Woodrow Wilson departed for the Paris Peace Conference, My Mother (Soldier with French Woman) captures the tensions still felt by a nation whose boys were not yet home. Of the period, Rockwell remarked “everyone in the country is thinking along the same lines, the war penetrates into everyone's life…in 1917 I couldn't read a newspaper without finding an idea for a cover.”

In the present work, Rockwell depicts a Doughboy infantryman, Pvt. Sammy Smith, avidly presenting a photograph of his mother. Rockwell used Sammy Smith, whose first name is visible on the envelope he holds, as the subject of They Remembered Me in the December 22, 1917 issue of Leslie's magazine. The return address is from Philadelphia, and the postmark is dated Jul 4 6 pm 1918. Identified as a French woman in Rockwell’s titling, the woman shown here is wearing traditional French dress of the period—as interpreted by Rockwell’s artistic imagination—and presumably represents the mother figure of a family with whom Sammy was staying in France. Women and girls in similar dress appear in a number of Rockwell's World War I paintings, such as A Tribute from France (Soldier and Little French Girl), which appeared on the August 10, 1918 issue of Judge Magazine. Sammy’s mother, styled with a loosely tied kerchief collar and knowing smile, bears a striking resemblance to Martha Washington.

My Mother comes from the formidable collection of storied television producers Thomas Miller and Robert Boyett, who found an affinity with Rockwell’s virtuosic knack for visual narrative. The legendary couple behind Miller-Boyett Productions developed some of the most influential and iconic sitcoms in television history—from Happy Days to Laverne & Shirley to Full House. The Rockwell pictures that Mr. Boyett and Mr. Miller, who died earlier this year, collected betray a compelling dialogue between three great American storytellers.