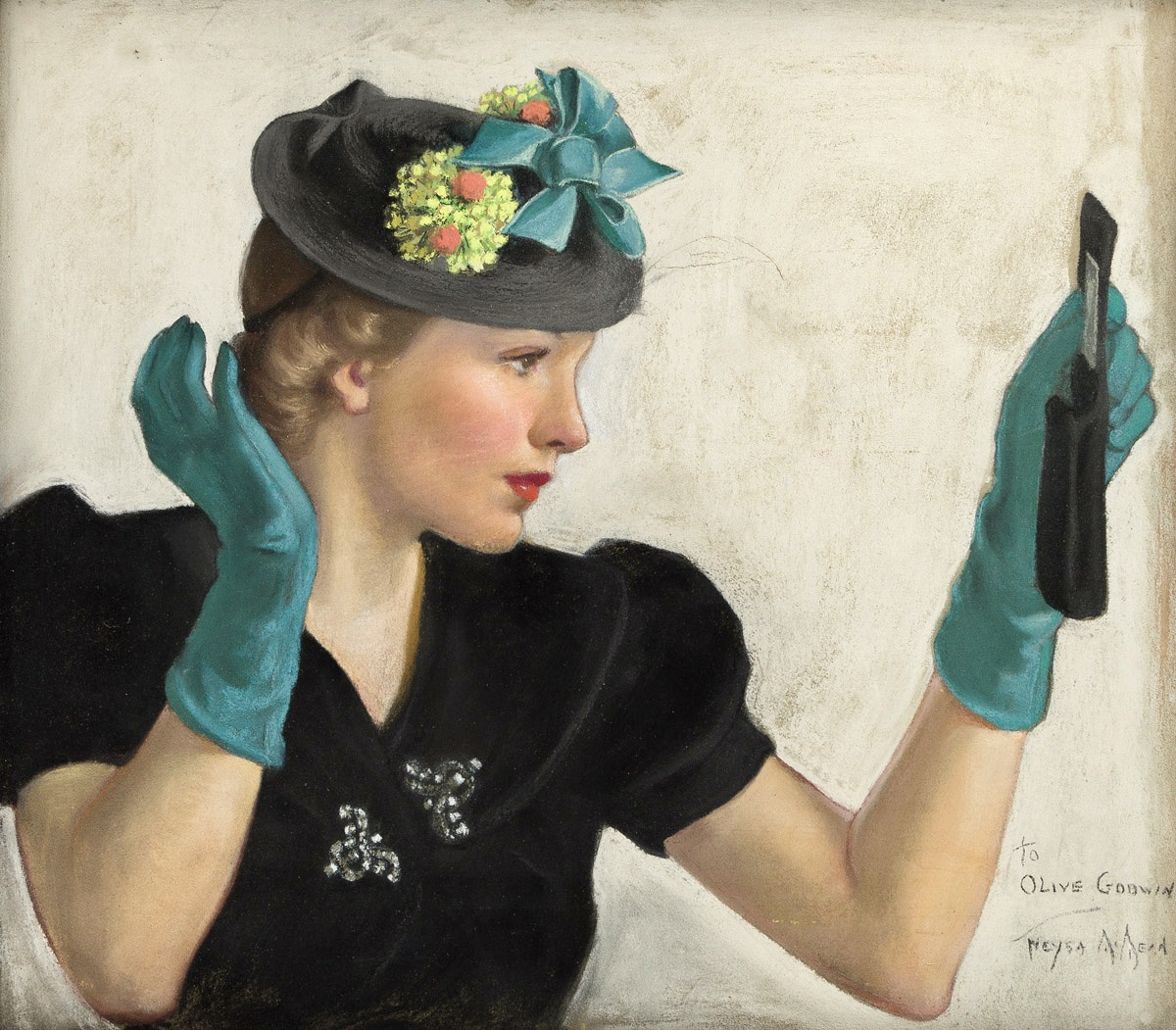 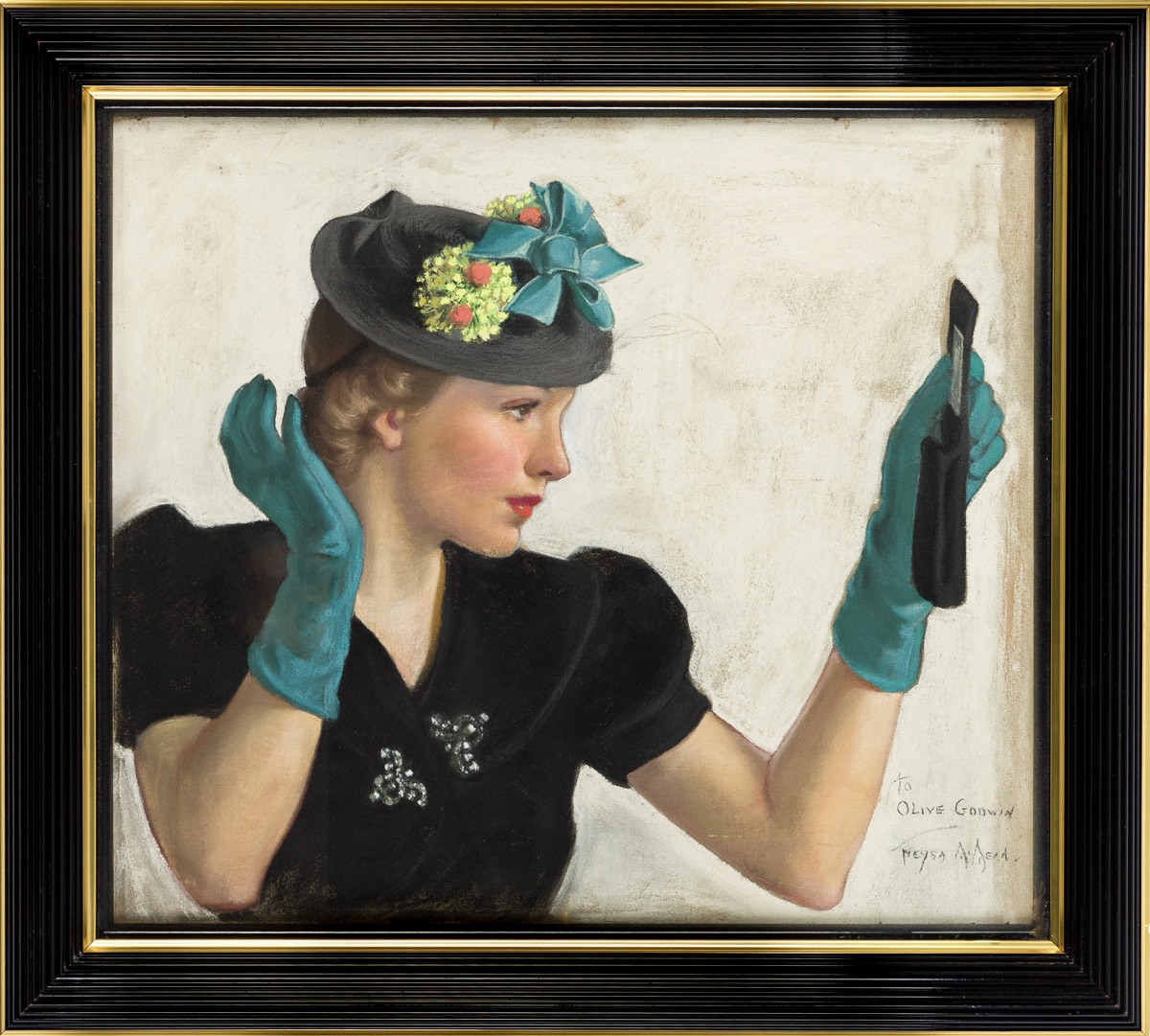 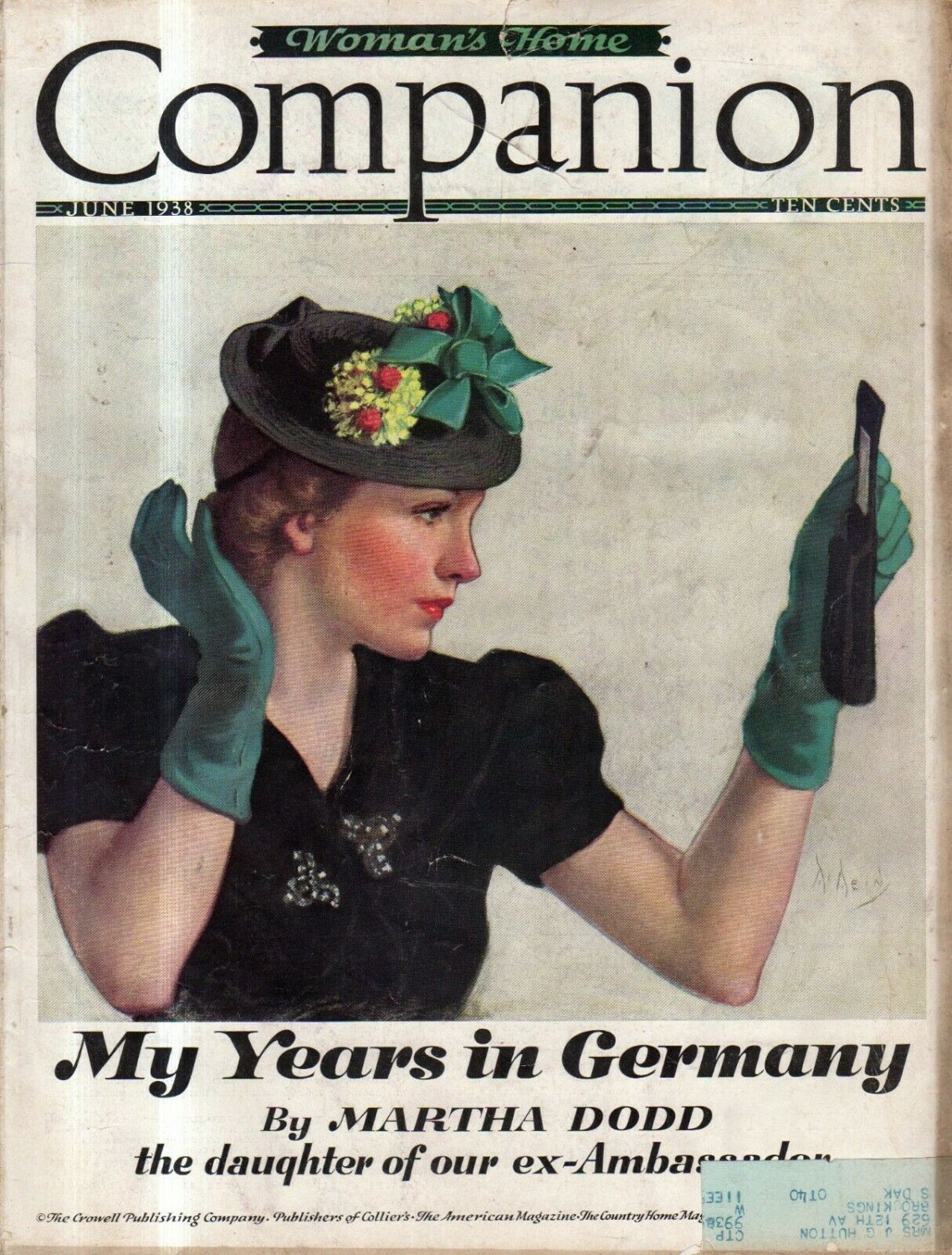 "Looking Into the Mirror." Cover for Woman's Home Companion, published June 1938, with their stamp on verso. Pastel on Board. Framed.

Born Marjorie McMein, the artist changed her name to "Neysa" after moving to New York City to pursue a brief acting career. She studied at The School of The Art Institute of Chicago and at the Art Students League. After selling her first drawing to the Boston Star, McMein began illustrating covers for The Saturday Evening Post in 1915 where her covers featuring glamorous and fashionable young women quickly gained popularity and brought her many more commissions for the leading magazines of the day, including Collier's, McClure's, Liberty, and Woman's Home Companion. During World War I, McMein was commissioned to create propaganda posters for the governments of the United States and France, as well as to design fundraising posters for the Red Cross and YMCA. From 1923 to 1937, she produced all the covers for McCall's. She also created advertisements for leading brands like Lucky Strike, Palmolive, and Betty Crocker, for which she produced a portrait of the fictional home baker. When magazines began reducing costs by replacing expensive commissioned illustrations with the cheaper medium of photography, McMein pivoted from her commercial career and primarily painted commissioned portraits.McMein was an ardent supporter of women's suffrage and was known to be fiercely independent with an active social life, which sometimes pushed the boundaries of propriety. She was inducted into the Society of Illustrators Hall of Fame in 1984, 35 years after her death.