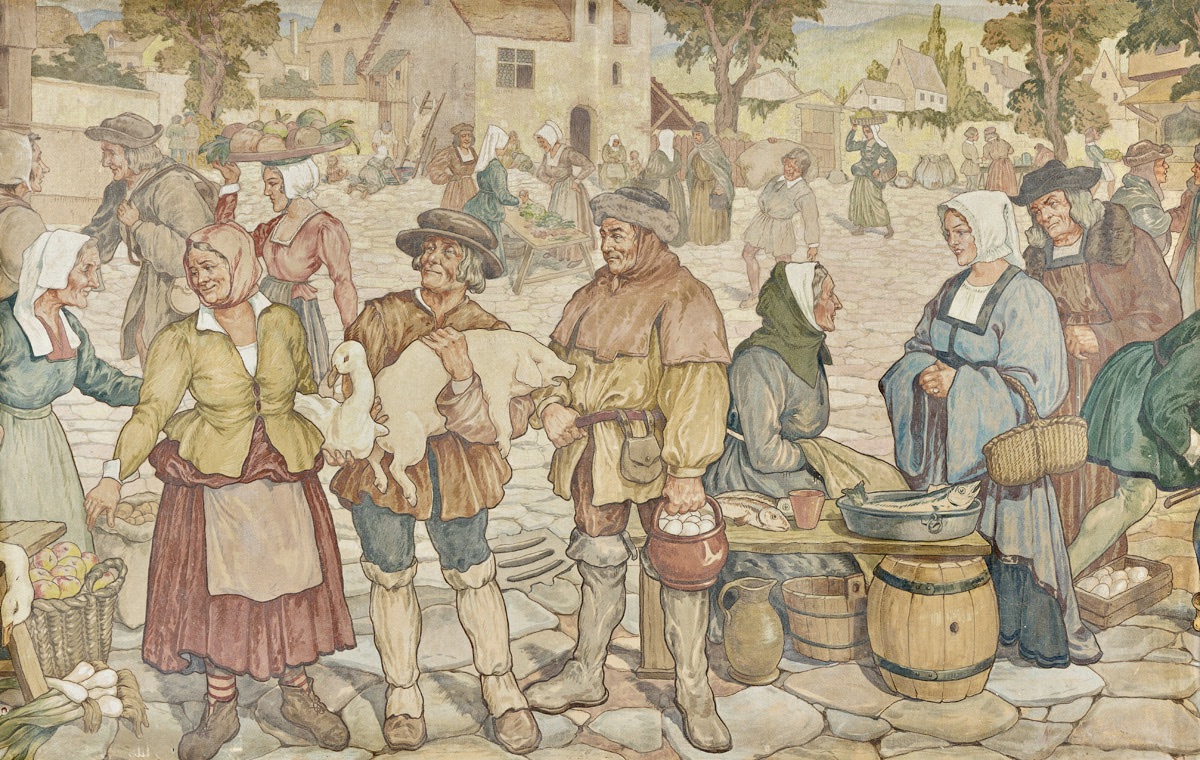 Jean Pages was a prolific illustrator and muralist who decorated the interiors of many of the city's leading restaurants and private residences. In addition to its excellent French cuisine, La Caravelle was equally renowned for its famous clientele, which included the Kennedys, Walter Cronkite, Marlene Dietrich, John Lindsay, and the Duke and Duchess of Windsor. Pagès was hired to create a series of murals depicting typical Parisian scenes when the establishment served as a speakeasy during the Prohibition era. One of the murals was famously damaged by Salvador Dalí when the great surrealist's cane scratched its surface while dining there with friends. Neither this nor the other mural in the auction are the affected canvas.Pages was born in Versailles and worked in France before being called to the U.S. in 1927 by the publishing giant Condé Nast, for whom he contributed illustrations to Vogue until the outbreak of World War II.Among the restaurants and supper clubs Mr. Pages decorated in addition to La Caravelle were The Maisonette at the St. Regis Hotel, the Rendezvous at the Plaza Hotel, Le Pavillon, Le Manoir, Clos Normand, Le Mistral, La Comedic, La Rotisserie and Le Cygne. For the interior decor at the famed Côte Basque, he collaborated with noted designer, Bernard LaMotte.