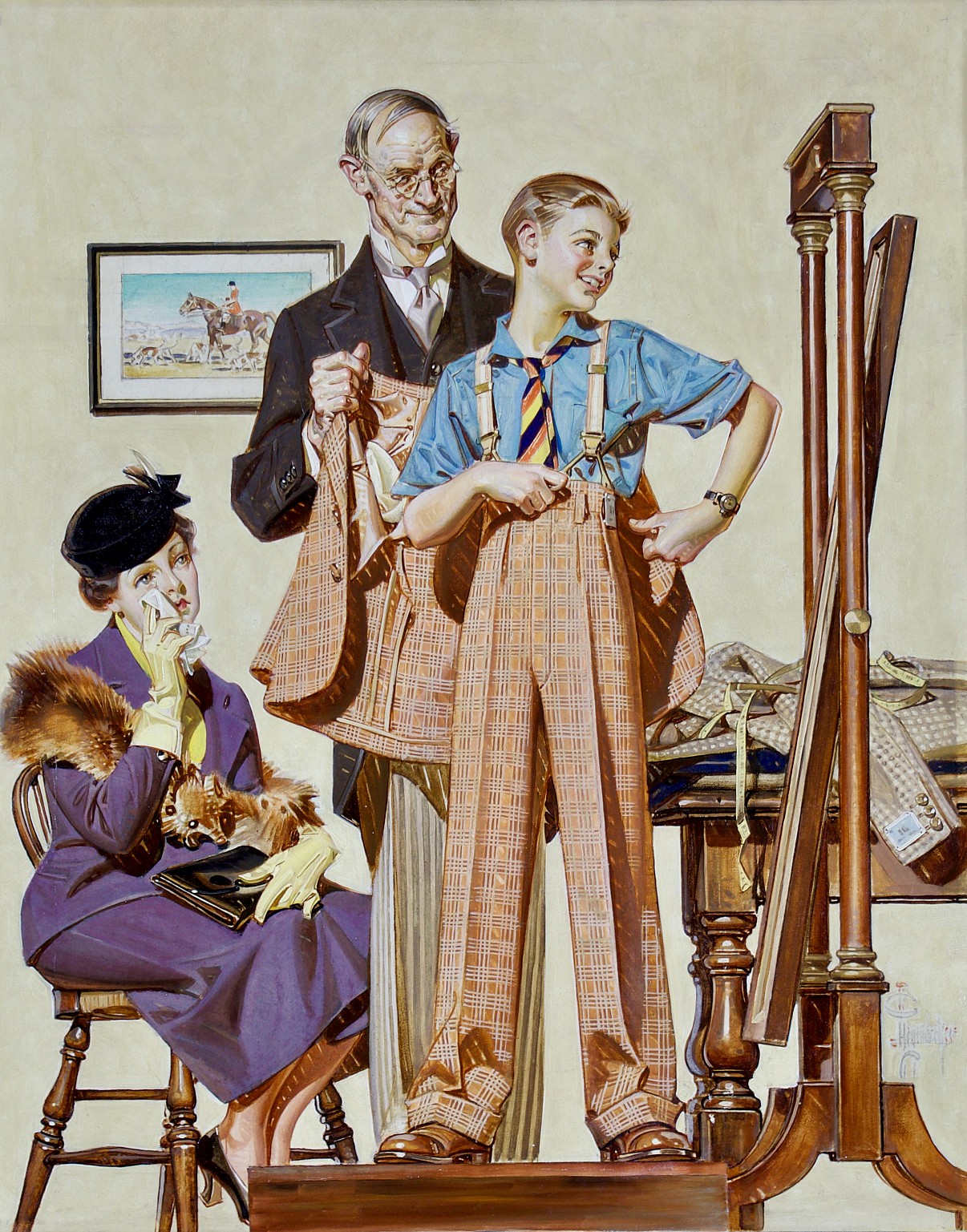 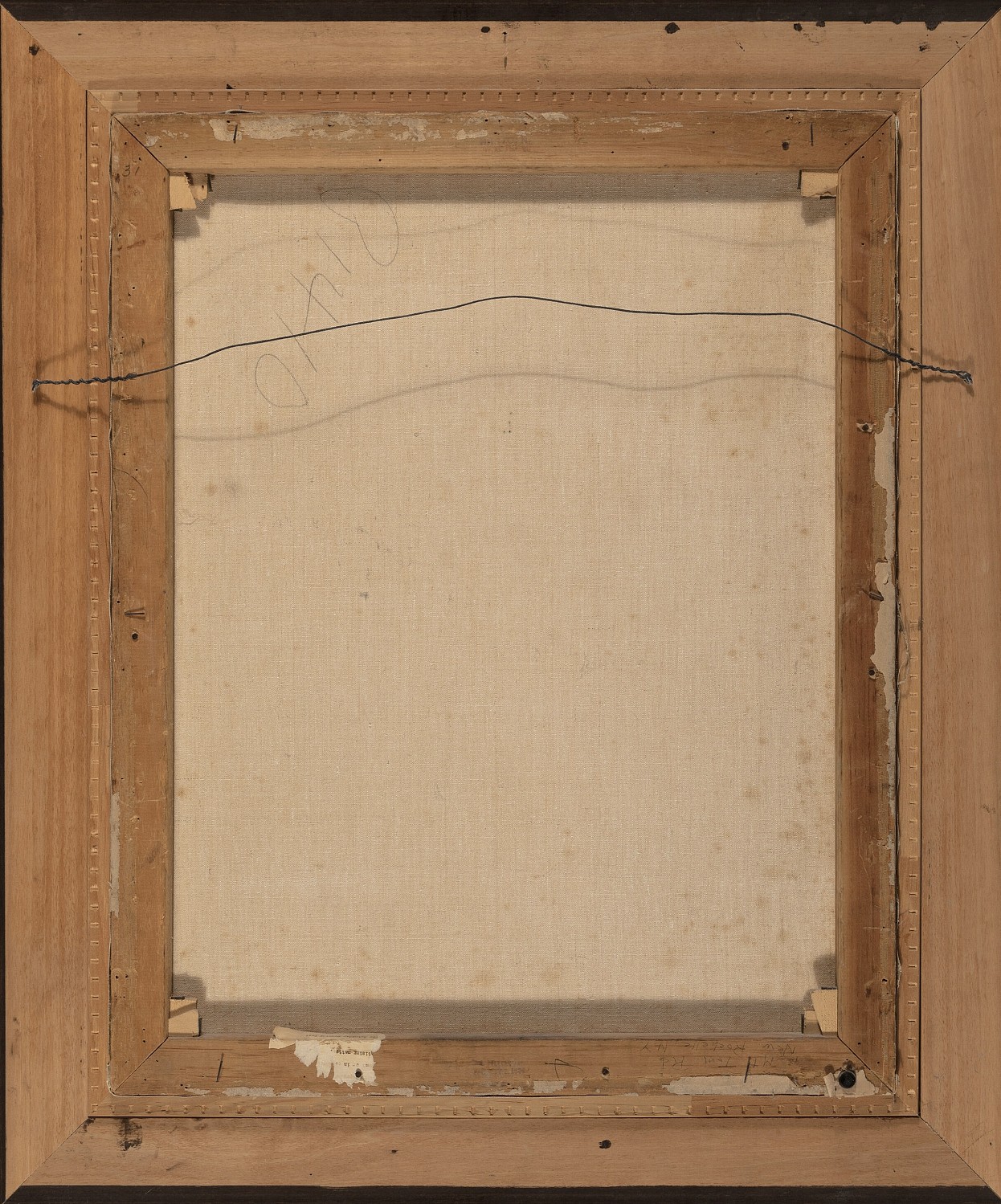 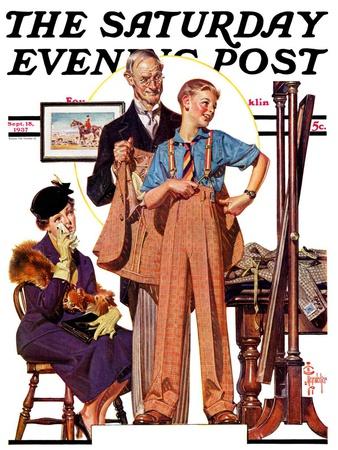 One of the most prolific and sought-after artists of the Golden Age of Illustration, J.C. Leyendecker captivates the public with his striking, fashionable depictions of handsome men, glamorous women, and adorable children. Painted in 1937 First Long Suit not only encapsulates the high-fashion, glamorous fantasy world that Leyendecker strove to achieve over the course of his vastly successful career, it also poignantly captures a bittersweet moment that every parent experiences--watching our children grow up right before our eyes.

Born in Montabaur, Germany, Leyendecker came to Chicago with his Catholic family at age eight. He apprenticed to a printer, J. Manz and Co., and then studied with John Vanderpoel at the Chicago Art Institute. In 1896, he won the Century magazine cover competition, which essentially launched him professionally. Two years later, he went to Paris to the Académie Julian with his brother, Francis Xavier, and they learned the "hachure" method of drawing whereby blended shading was not allowed. It was a time when poster art was very popular, and when he returned to America, the artist applied these new methods to his work. With a secret recipe combining oil and turpentine, J.C. and his brother, Frank, perfected a crosshatch method of working in oil paint that gave the speed of pencil and the visual impact of color without the brush going dry.

In the present work, an attractive, fabulously well-dressed mother sits misty-eyed as her young son stands proudly in the mirror with his tailor, happily and proudly sizing himself up in his first 'grownup' suit. Situated up close on the picture plane, the young boy is clearly the star of the narrative. Viewed from a low and heroic vantage point, one cannot help but notice the fineries and the cornucopia of fabrics and textures filling the composition. The scene is skillfully rendered in rich salmons, browns, blues, and buttery yellow, applied with Leyendecker's hallmark cross-hatching technique. The result is a highly refined, wonderfully descriptive moment that young and old alike would wish to emulate.

Published in 1937, the present work was executed during the mature period of the artist's career, only six years prior to his final piece for the Post in 1943. The flawless combination of technical prowess, dazzling color and familial subject matter brand First Long Suit as one of Leyendecker's most ambitious and stylish illustrations to come to market in recent years.