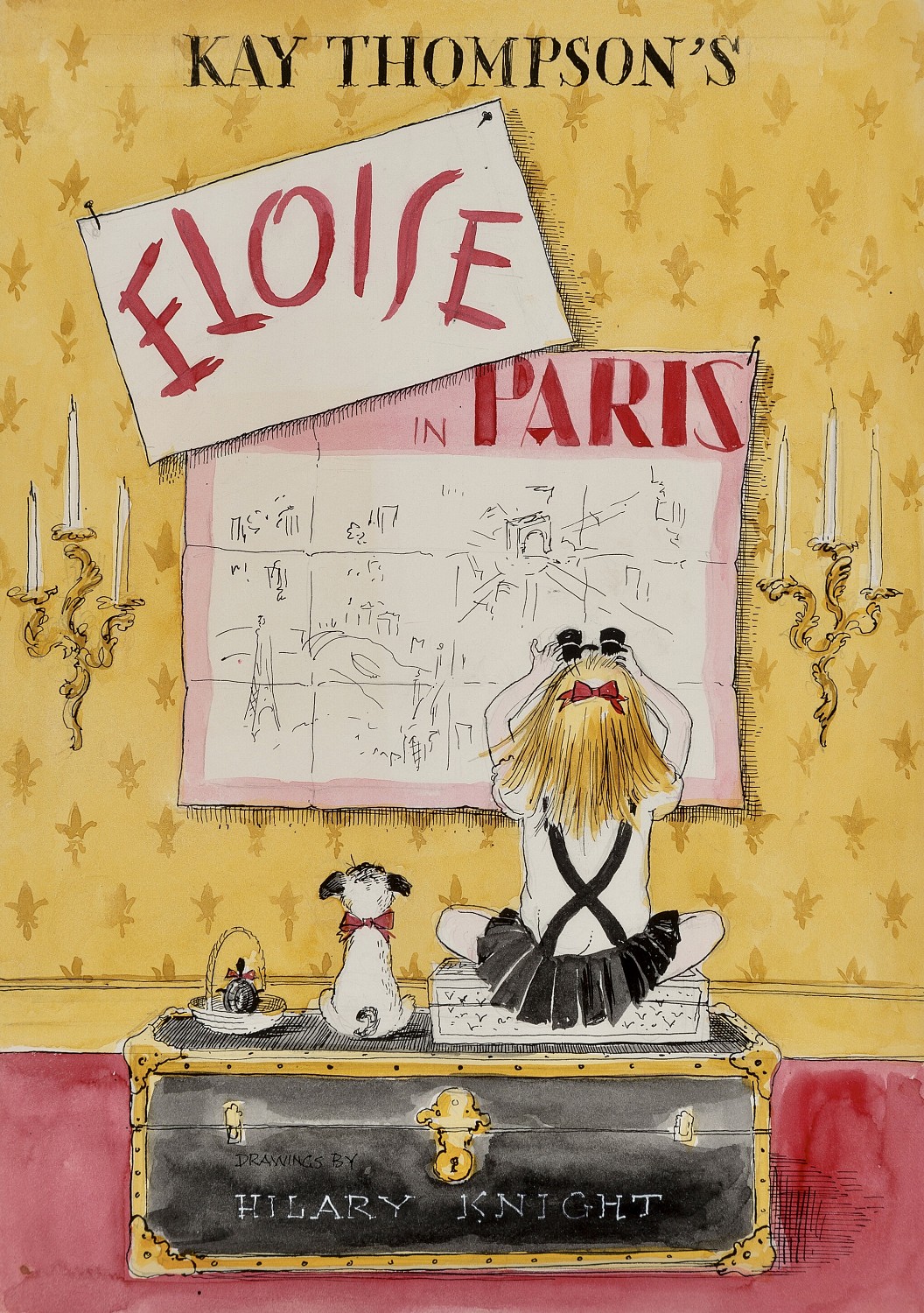 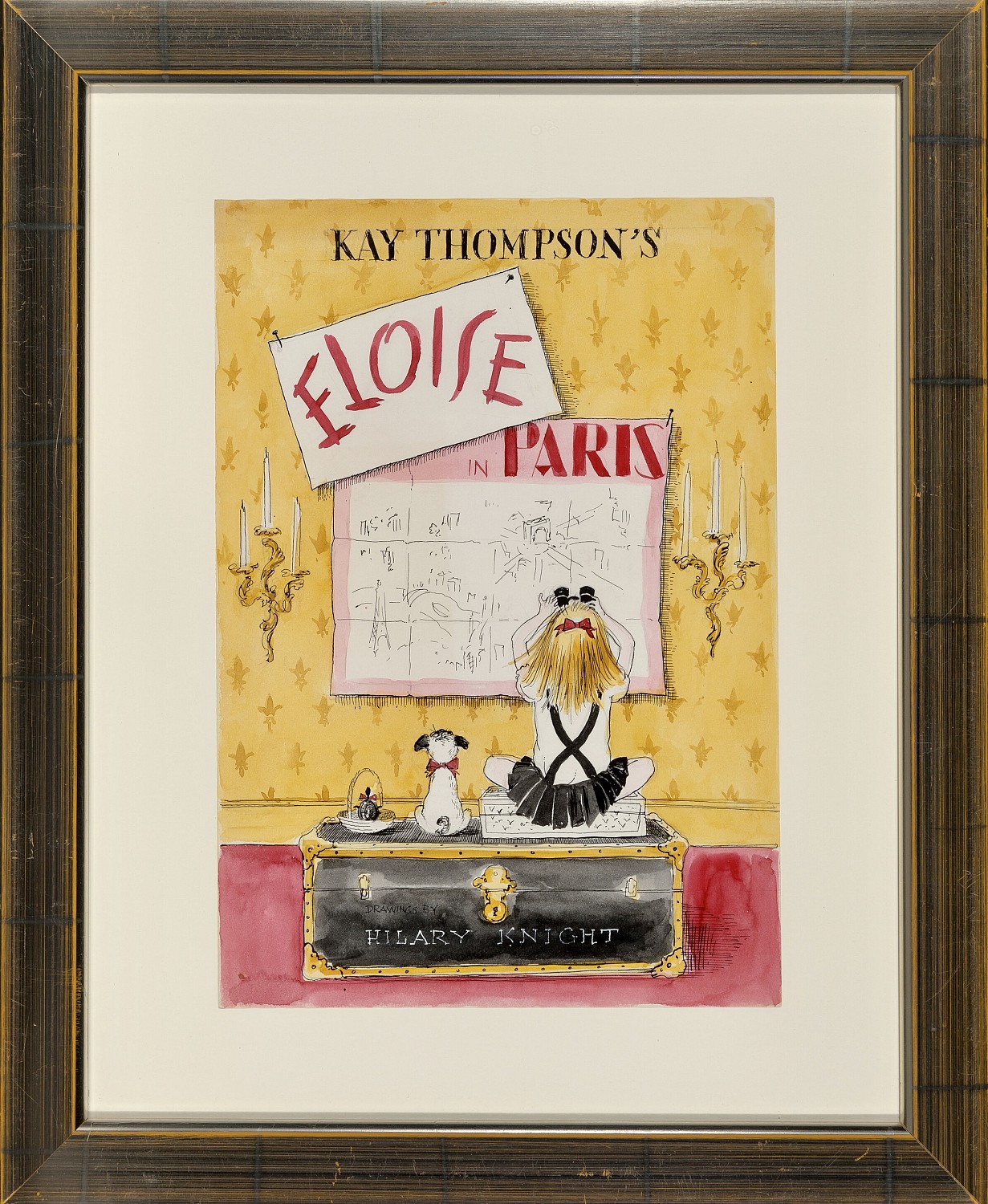 "Eloise is a little girl who lives at The Plaza Hotel in New York (Thompson, 1955)." A simple beginning to Kay Thompson's endearing story that has swept the nation for generations. The children's classic continues to smash book sales records, and leads tourists in droves to the iconic hotel, for a glimpse of Eloise's forever home. With her precociously-too-big personality, or as Maurice Sendak described her, "that brazen loose-limbed delicious little-girl monster," Eloise has become synonymous with her creator, Hilary Knight (Salon, 1999).

Hilary Knight was the son of two successful illustrators, (Ace Drummond comic) and (Winkle, Twinkle and Lollypop). Knight studied at the Art Students League in New York under George Grosz and Reginald Marsh. While the love story of New York is clear in the story of Eloise, so are the strong lines and the impression of uncontrollable movement that are clearly the influence of the artist's Ashcan mentors.

Sixty-seven years after the first publication of Eloise, the public's love affair with the rambunctious Manhattanite living lavishly has not diminished. Even today, family's flock to The Plaza Hotel to have tea and stay in the iconic Eloise suite. Heritage Auctions is thrilled to offer two depictions of Eloise by Hilary Knight. The first being an unpublished book cover for Eloise in Paris. Knight completed four potential covers for the book with Kay Thompson and the publisher making the final selection. In the present work, Eloise and her pets, Weenie and Skipperdee, sit upon her trunk gazing at a map of Paris with binoculars. The viewer can easily imagine Eloise enthusiastically and ingeniously plotting her day in Paris. In the second example, Knight expertly captures a sweet and brazen narrative in an exceedingly rare three-panel double-sided screen depicting messy-haired Eloise stretching over the balcony to sign The Plaza Hotel flag with her name. The addition of a mirror and shelf allows for viewers to literally place themselves with Eloise, joining in the raucous fun alongside Weenie and Skipperdee. After all, the greatest skill of a gifted illustrator is to pull us into the story.