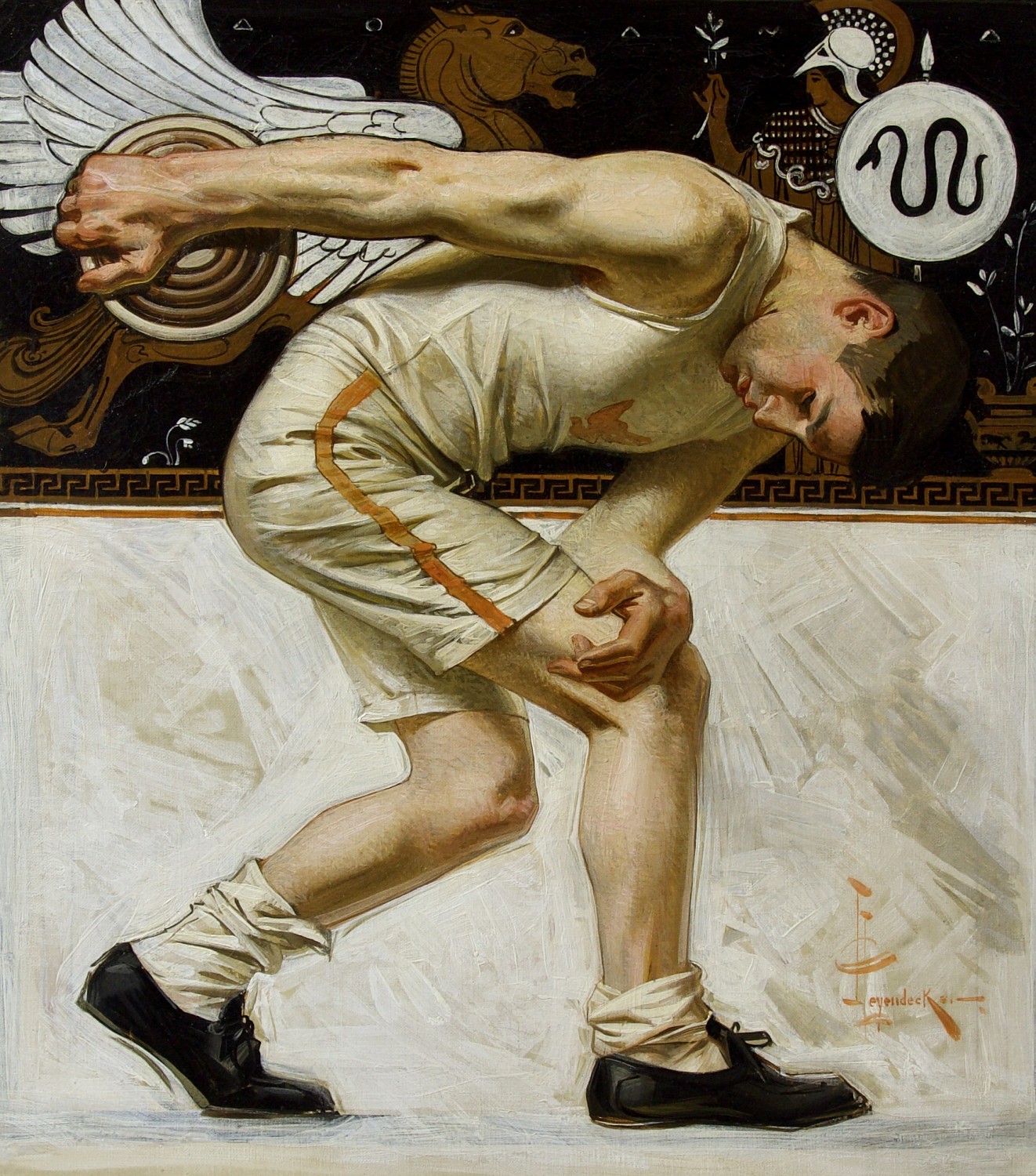 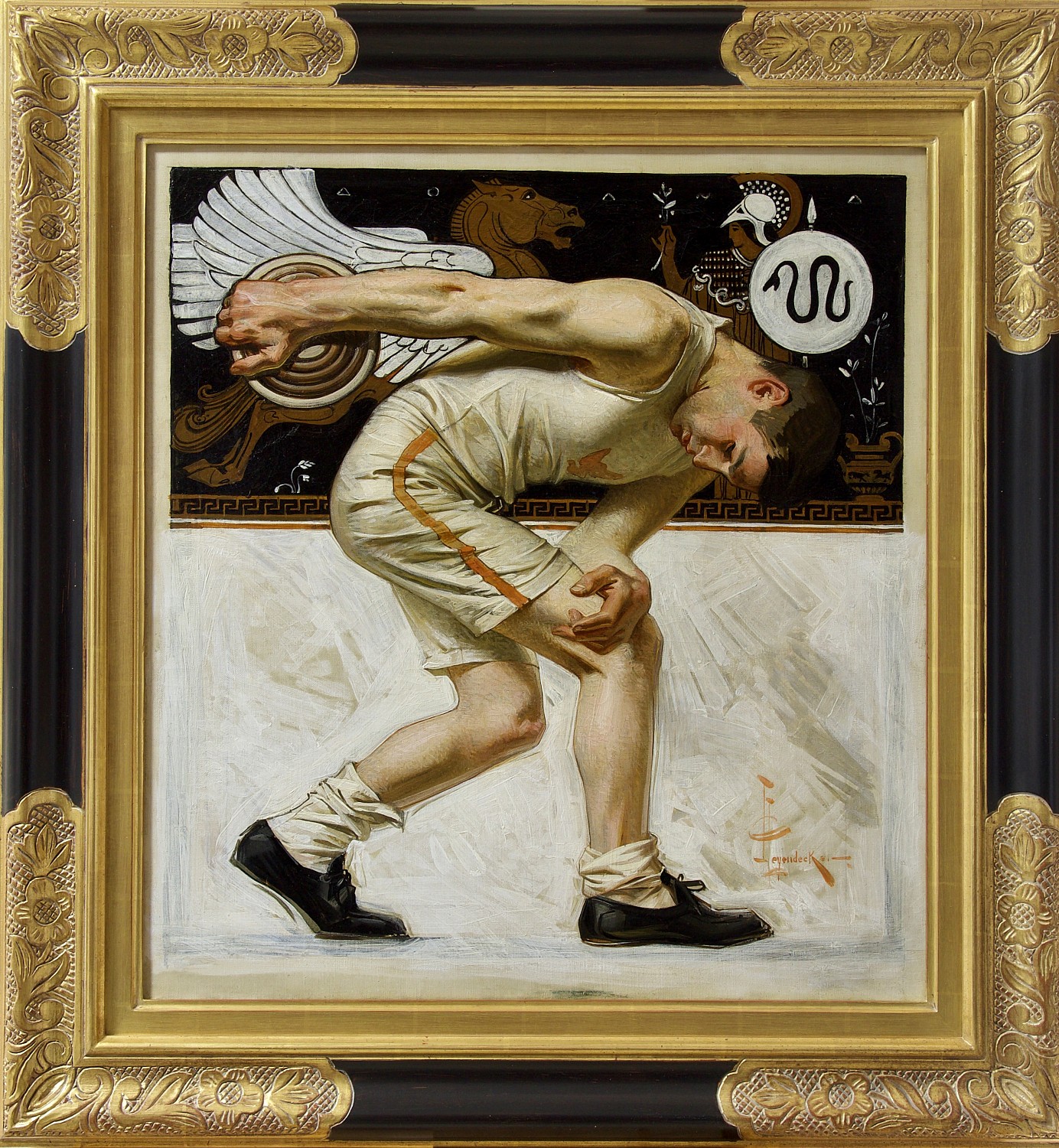 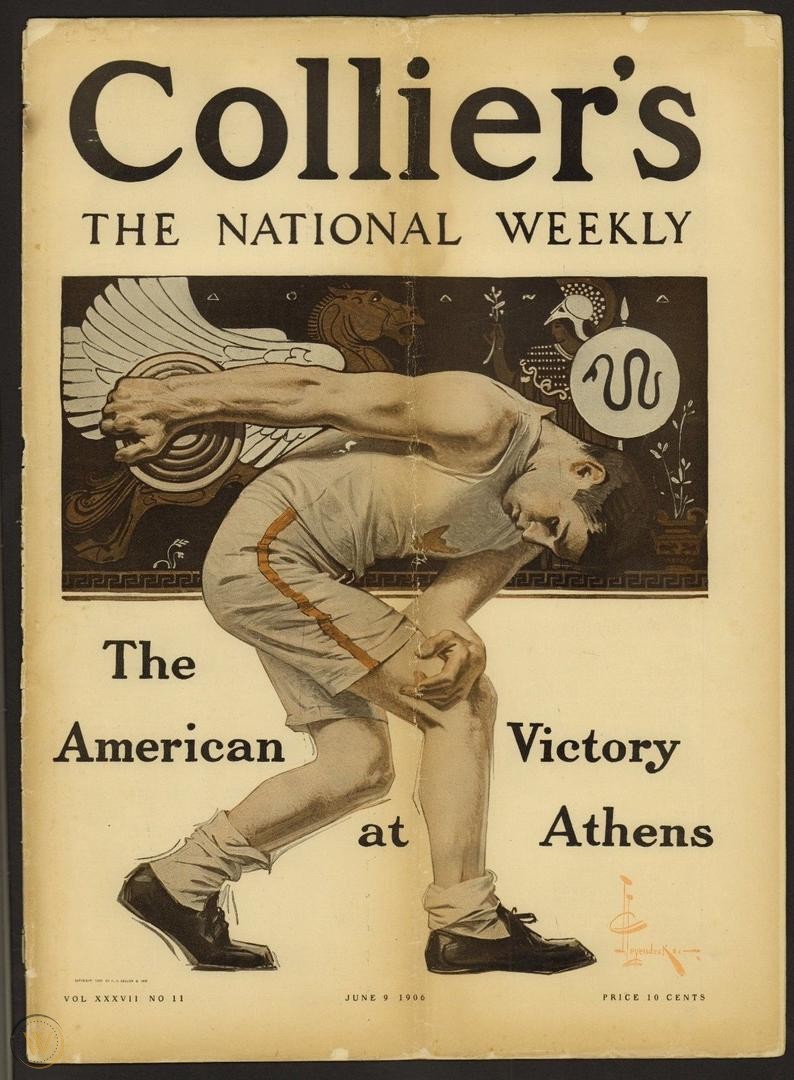 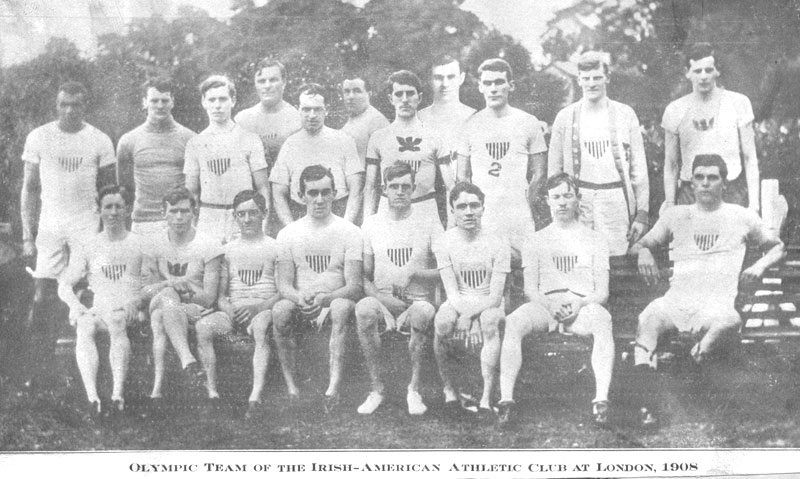 In the seven Olympic Games held from 1900 to 1924, members of the Irish-American Athletic Club won a total of 26 Gold, 22 Silver and 8 Bronze medals for the U.S. Olympic Team. While these men were not all members of the I-AAC when they won their Olympic medals, all of them wore the Winged Fist of the I-AAC at some point in their athletic careers. (Note: The International Olympic Committee no longer recognizes the 1906 Olympic Games in Athens as “official," but at the time they were considered as such. This page includes medals won at the 1906 Olympic Games).

Left, 3rd image: Cover of Collier's Magazine, June 9, 1906, depicting Martin Sheridan, winner of the Discus event at the Olympic Games at Athens, from a painting by J.C Leyendecker.

Left, 4th image: I-AAC members won 10 track & field Gold medals in the 1908 Olympic Games at London, or as many as the nations of France, Germany and Italy combined. Photo courtesty of the Sheridan Family and Celtic Park Productions.