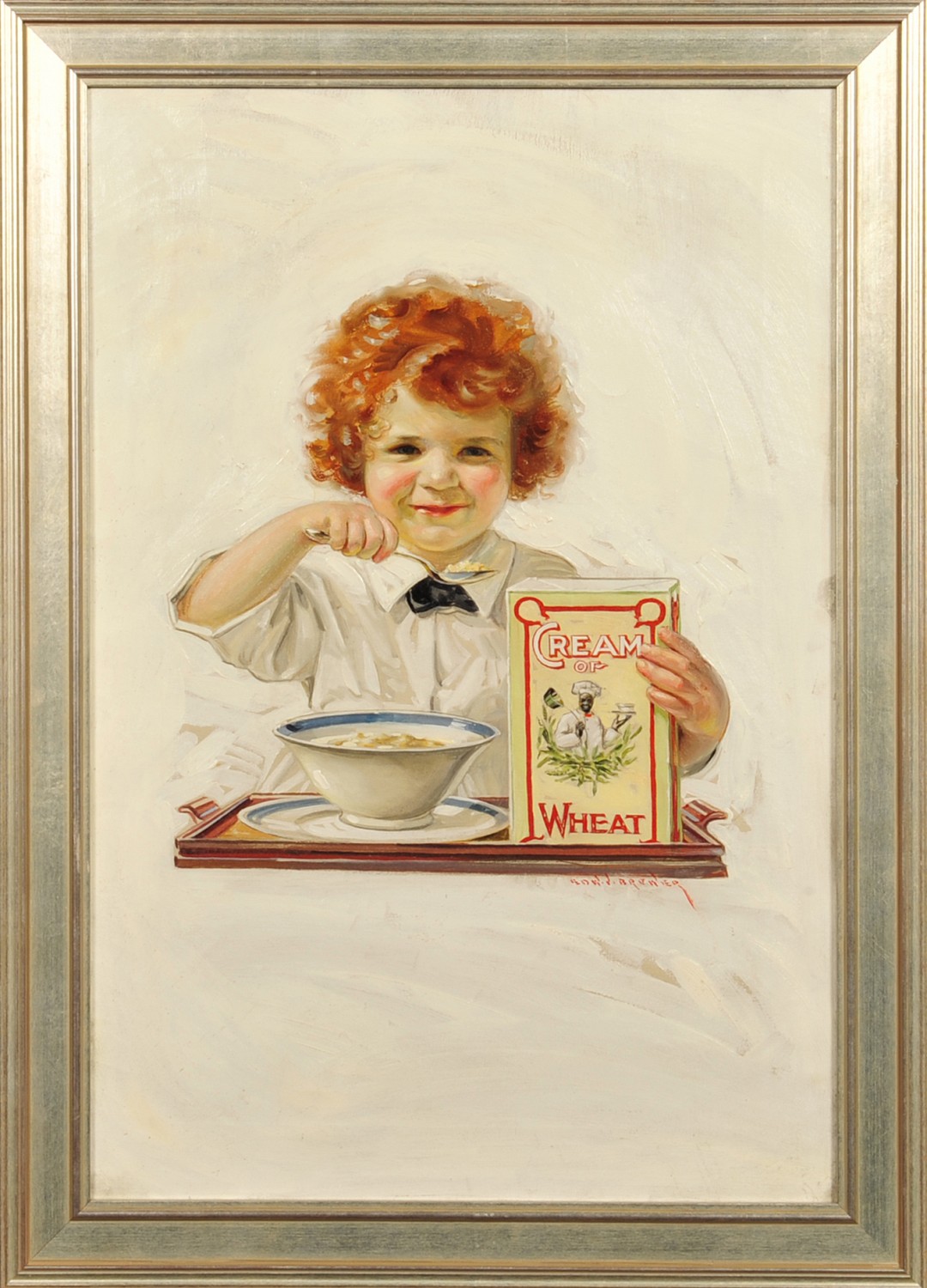 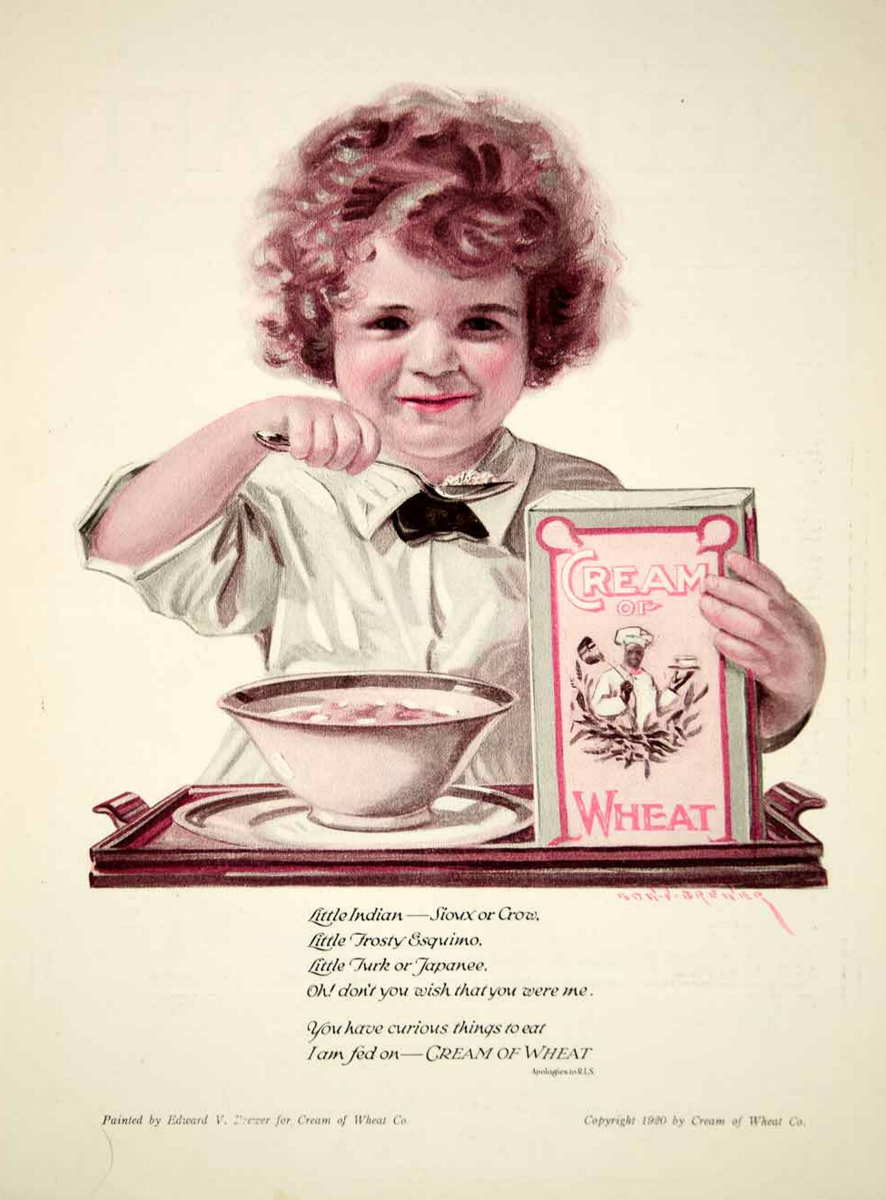 Cream of Wheat advertisement for the Saturday Evening Post, June 5, 1920.

In 1980, Dave Stivers, a new archivist for the Nabisco Brands Company was taking a tour of the Cream of Wheat plant in Minneapolis, Minnesota when he encountered a large room with metal lockers that had not been opened for over 30 years.  These lockers contained a treasure trove of 1600 advertising paintings by Edward V. Brewer, N. C. Wyeth, James Montgomery Flagg, Jessie Wilcox Smith, J. C. Leyendecker and William V. Cahill, among others.  They illustrated the importance of good health created by eating Cream of Wheat.

Brewer’s painting of an adorable little girl enjoying a big bowl of Cream of Wheat was one of 102 advertisements he created between 1911 and 1926.  During this period, the automobile was putting an end to the use of horses whose surplus fodder was being processed into breakfast food by enterprising businessmen.