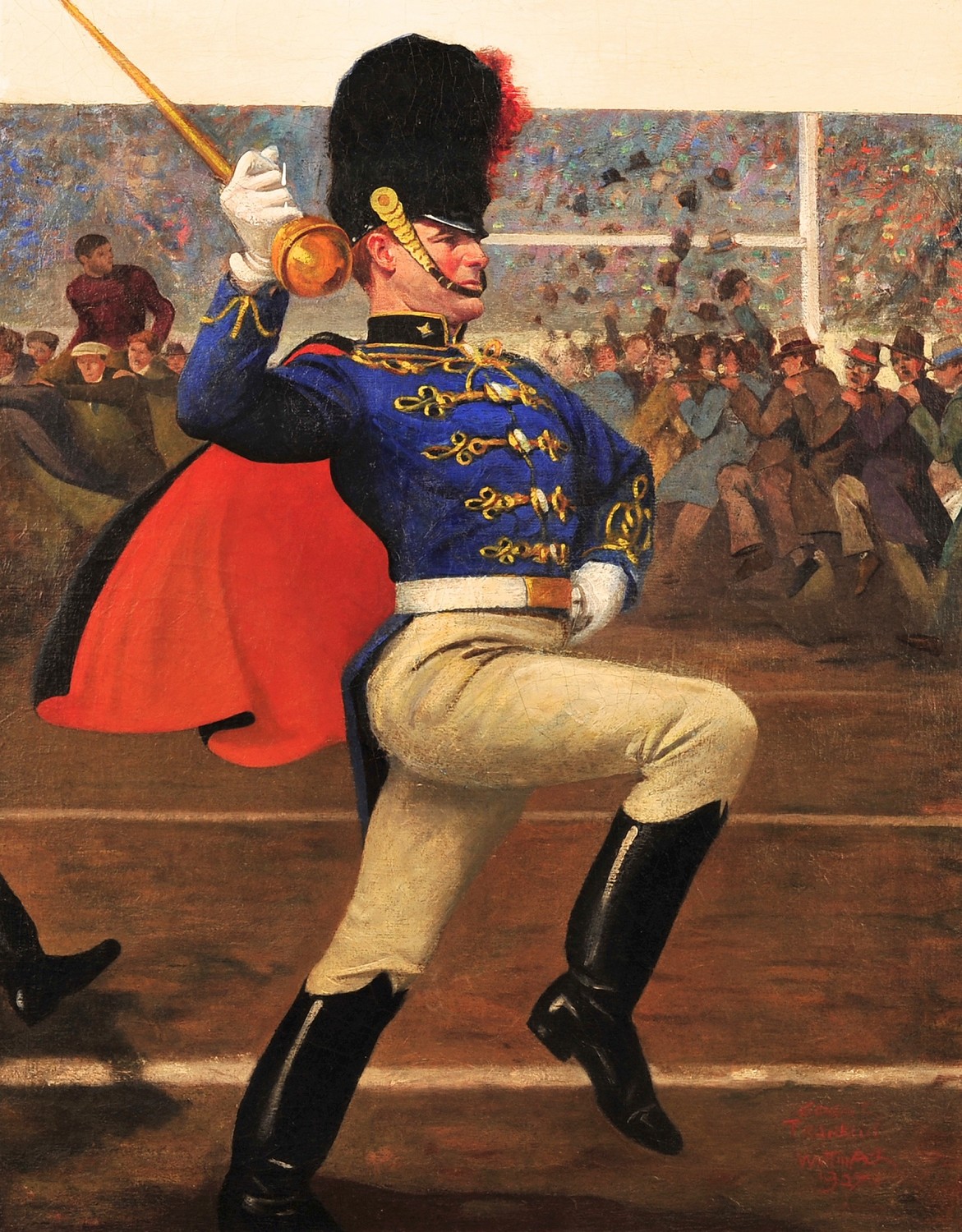 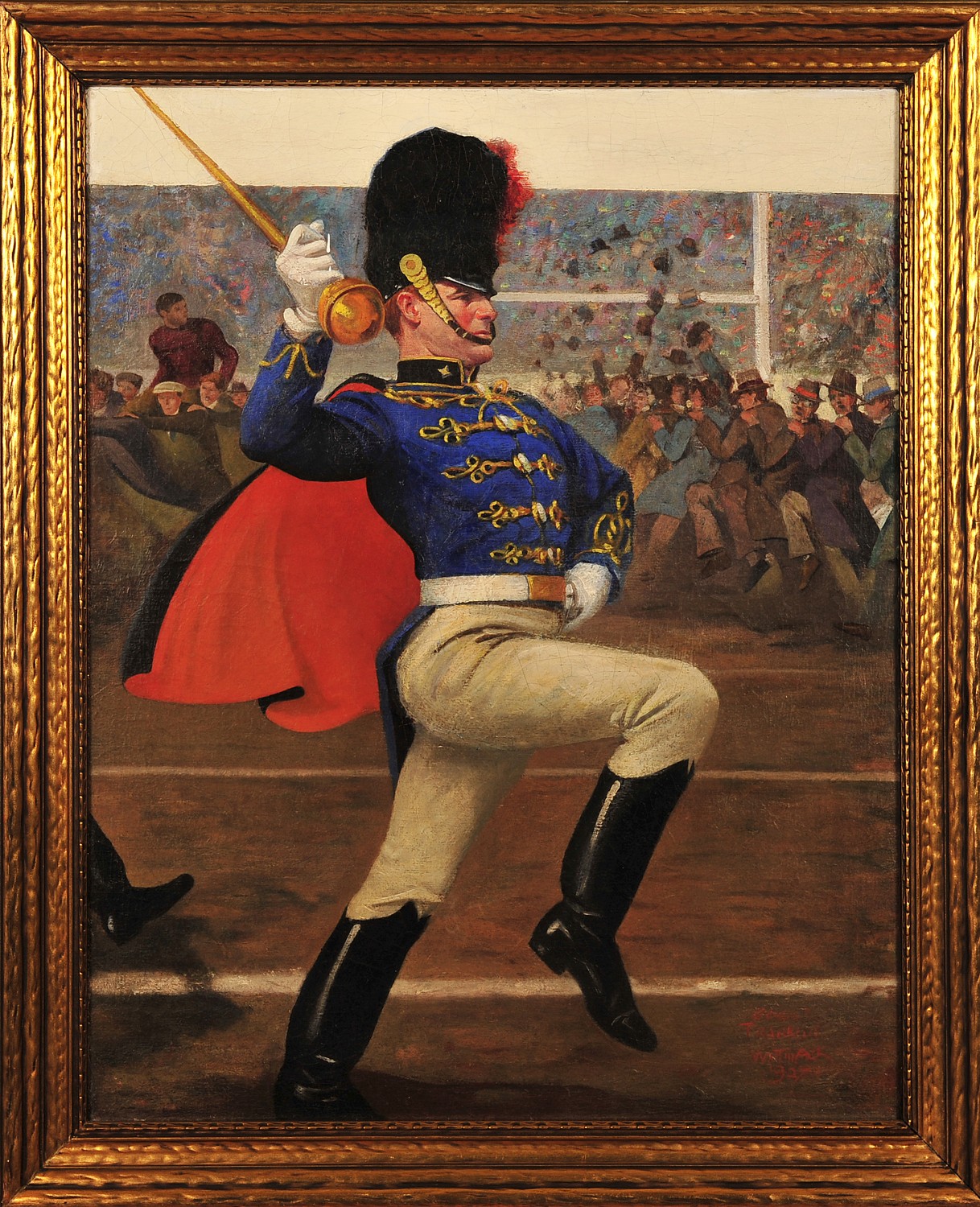 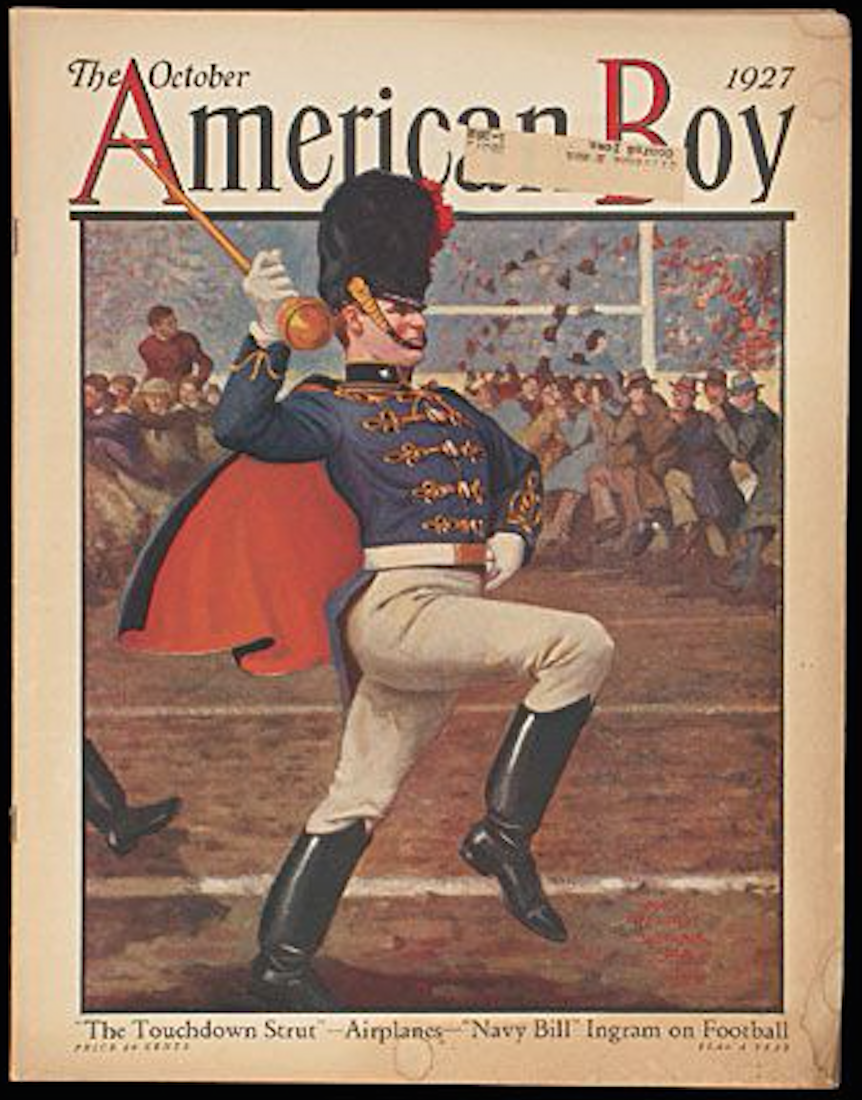 Edgar Franklin Wittmack was one of the top magazine cover illustrators during the 1920's-1940's, whose resume would include twenty-two Saturday Evening Post covers during that time period. Additionally, he would be a longstanding cover contributor to bothThe Popular Science Monthly and Nation's Business, as well as the trade publications Motor Magazine and Cities Service. Wittmack's versatility (he was adept at many disparate subjects) also enabled him to enjoy a very successful career in advertising art as well.

Painting used as the cover illustration for the October 1927 issue of American Boy. The colorful image features a drum major proudly marching on the football field following a game, with the victorious team and jubilant crowd pictured in the background. Wittmack obviously liked this particular image and, as any good artist or writer would do, he kept it in the back of his mind, recalling it some seven years later when he was commissioned to do a similar work for the Saturday Evening Post.