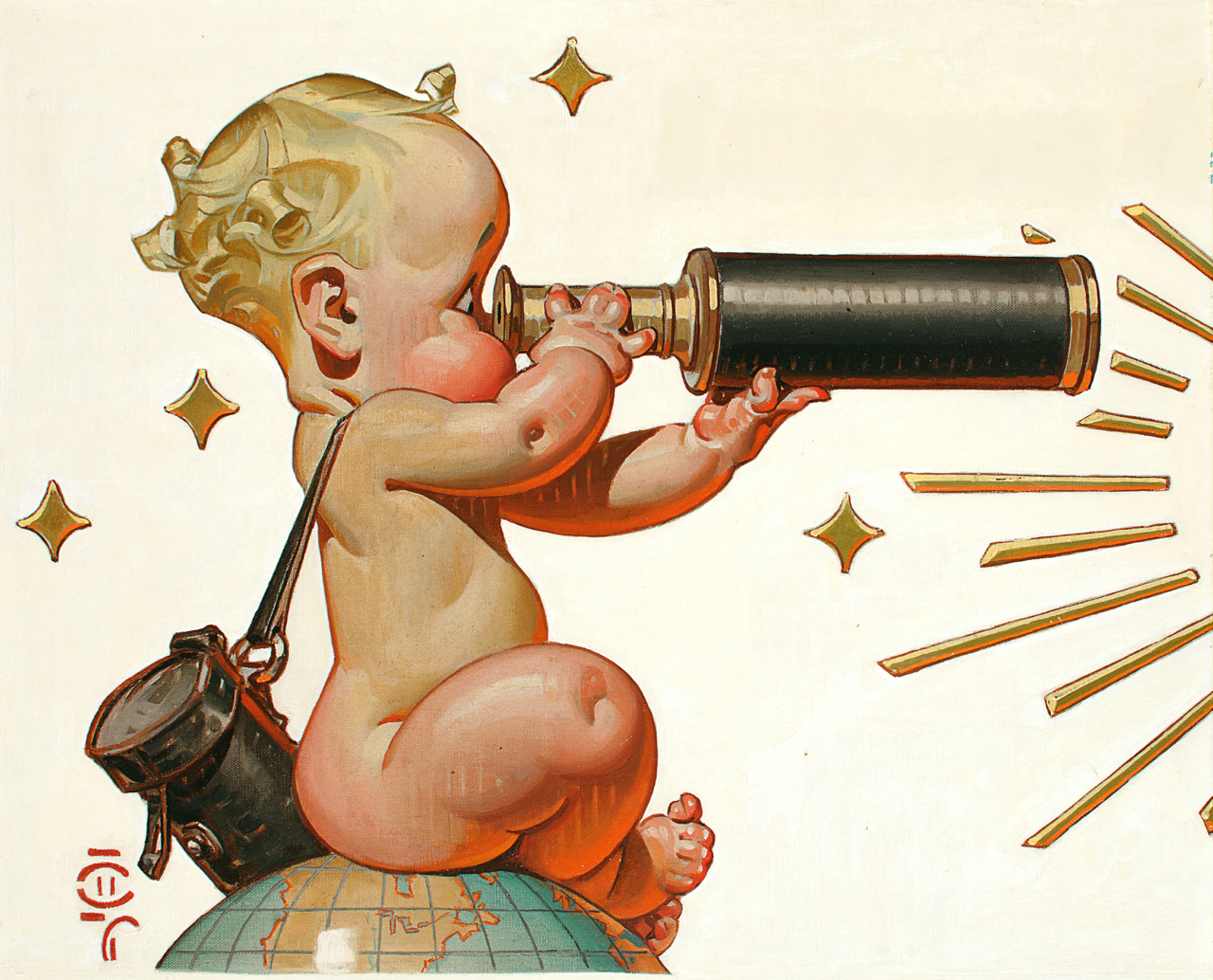 This charming J. C. Leyendecker baby was used by Amoco, the American Oil Company, for their 1948 advertising campaign. The canvas has been cut down to eliminate the Amoco logo. Additionally, all of the advertising lettering was overpainted; a portion of the original lettering is underneath the white background. This image was also used extensively for billboard advertising during the 1948 advertising schedule. Small Amoco notepads and blotters were produced and distributed nationally

Artist biographical notes: One of the most successful commercial illustrators of his time, best known for his advertisements for the "Arrow Collar Man." He created 321 covers for the Saturday Evening Post.