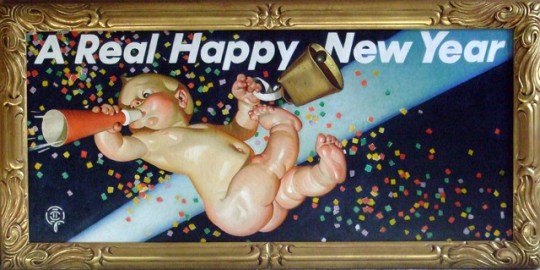 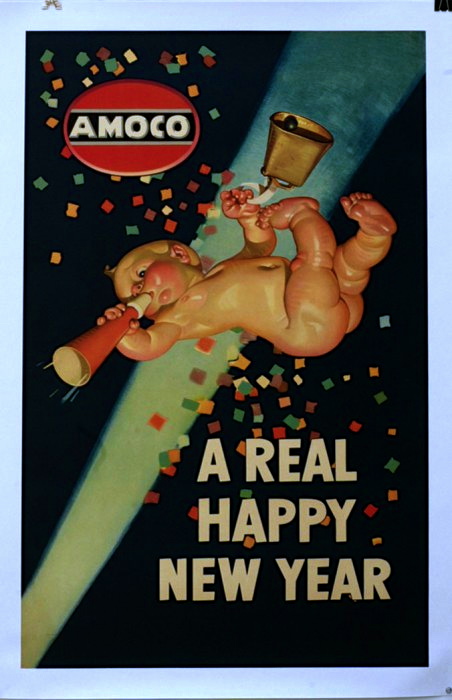 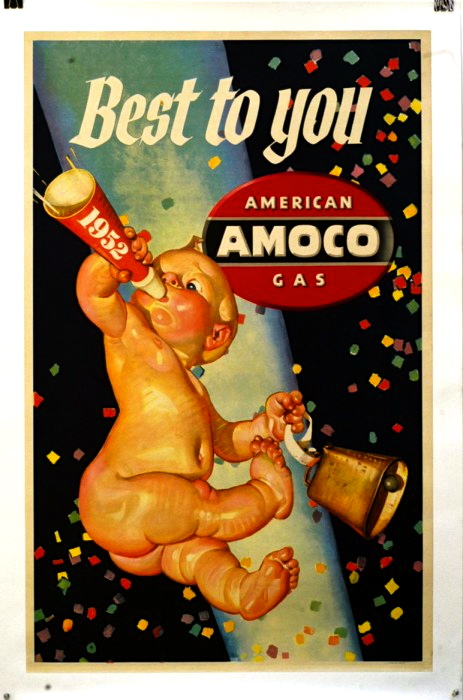 This piece was used for at least two separate Amoco advertisements. "A Real Happy New Year" was Amoco's 1946 New Years Advertisement, Depicting a baby prepared and ready to serve his nation, around the time of WWII. "Best to You" was the Amoco New Years Advertisement from 1952, welcoming in the near year which was a great year for baby boomers.

As Laurence S. Cutler and Judy Goffman Cutler have noted in their magnificent art monograph, J. C. Leyendecker, Abrams, 2008, "While the Arrow Collar man was seminal in the business world, the New Year's Baby was perhaps J. C. Leyendecker's greatest contribution to global iconography. He envisioned the New Year's Baby ringing in the New Year for a December 1906 Saturday Evening Post cover. Throughout America, people anxiously awaited the Post's new Baby cover, and the magazine itself became as much a tradition as the mirrored ball dropping in Times Square. Globally, Leyendecker's New Year's Baby became as popular as Santa Claus. It is now embraced as a worldwide symbol for a new beginning and a fresh future."

Artist biographical notes: One of the most successful commercial illustrators of his time, best known for his advertisements for the "Arrow Collar Man." He created 321 covers for the Saturday Evening Post.