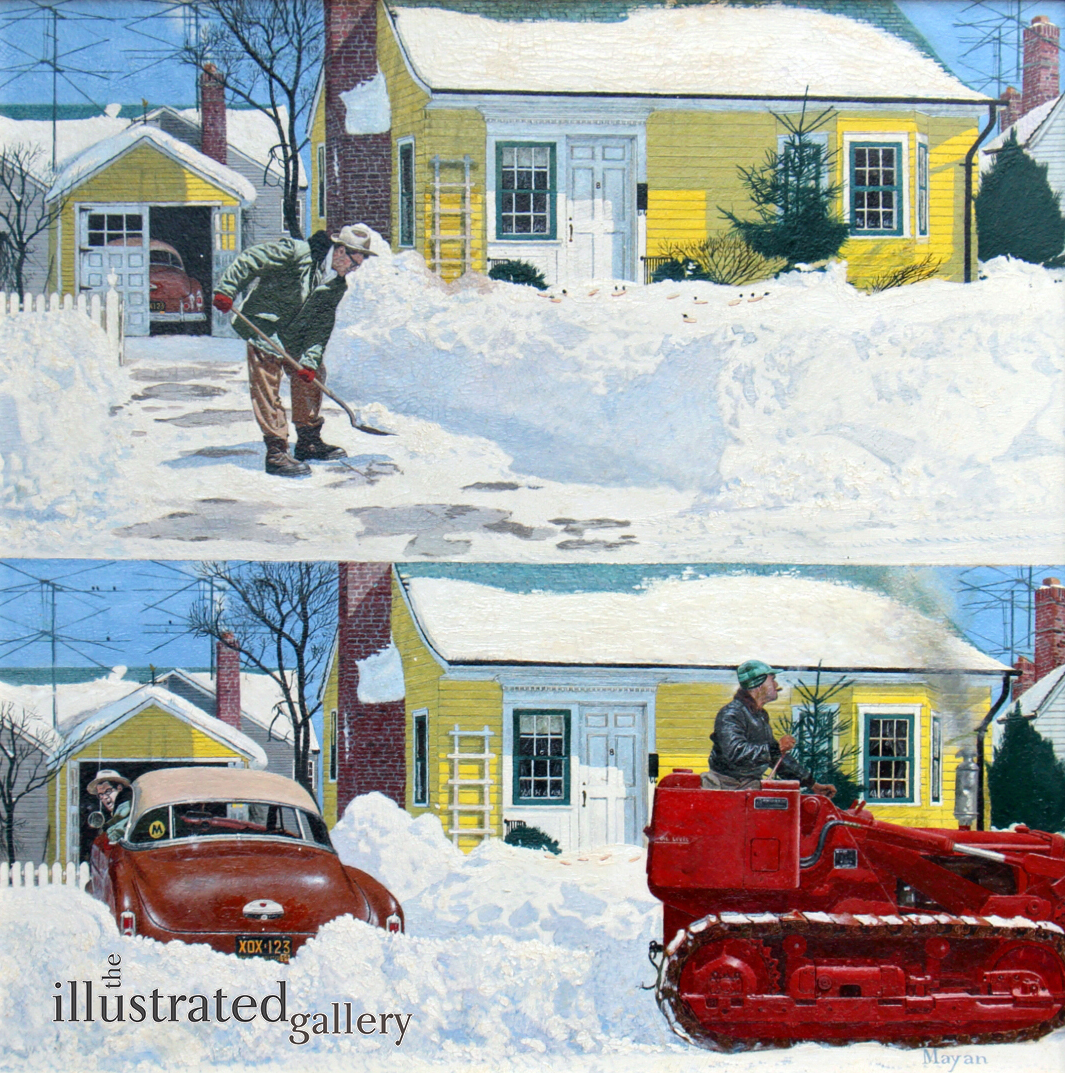 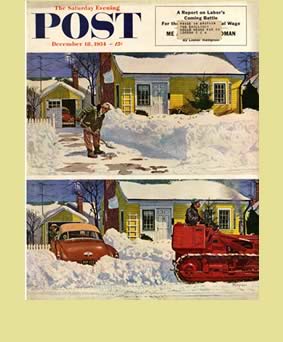 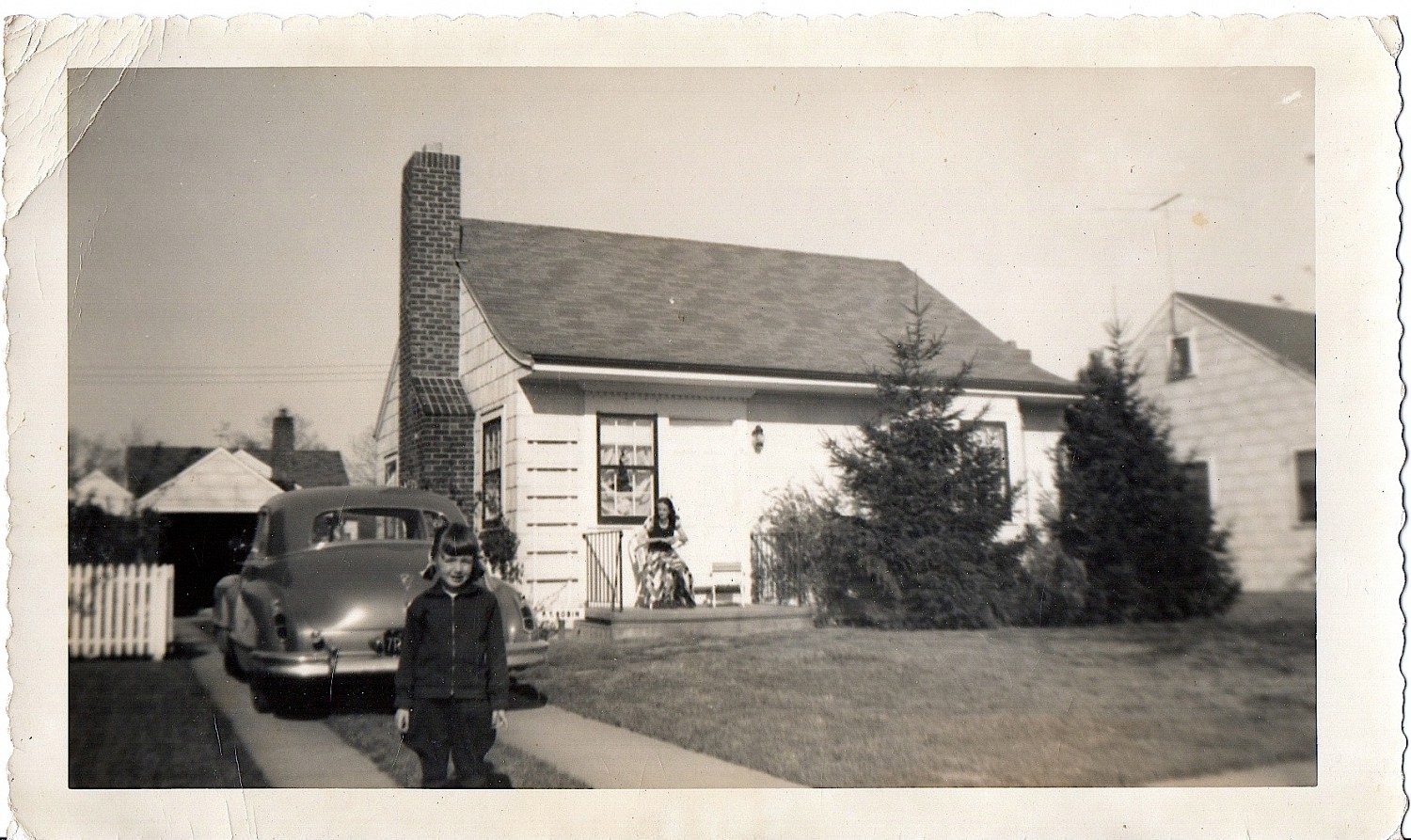 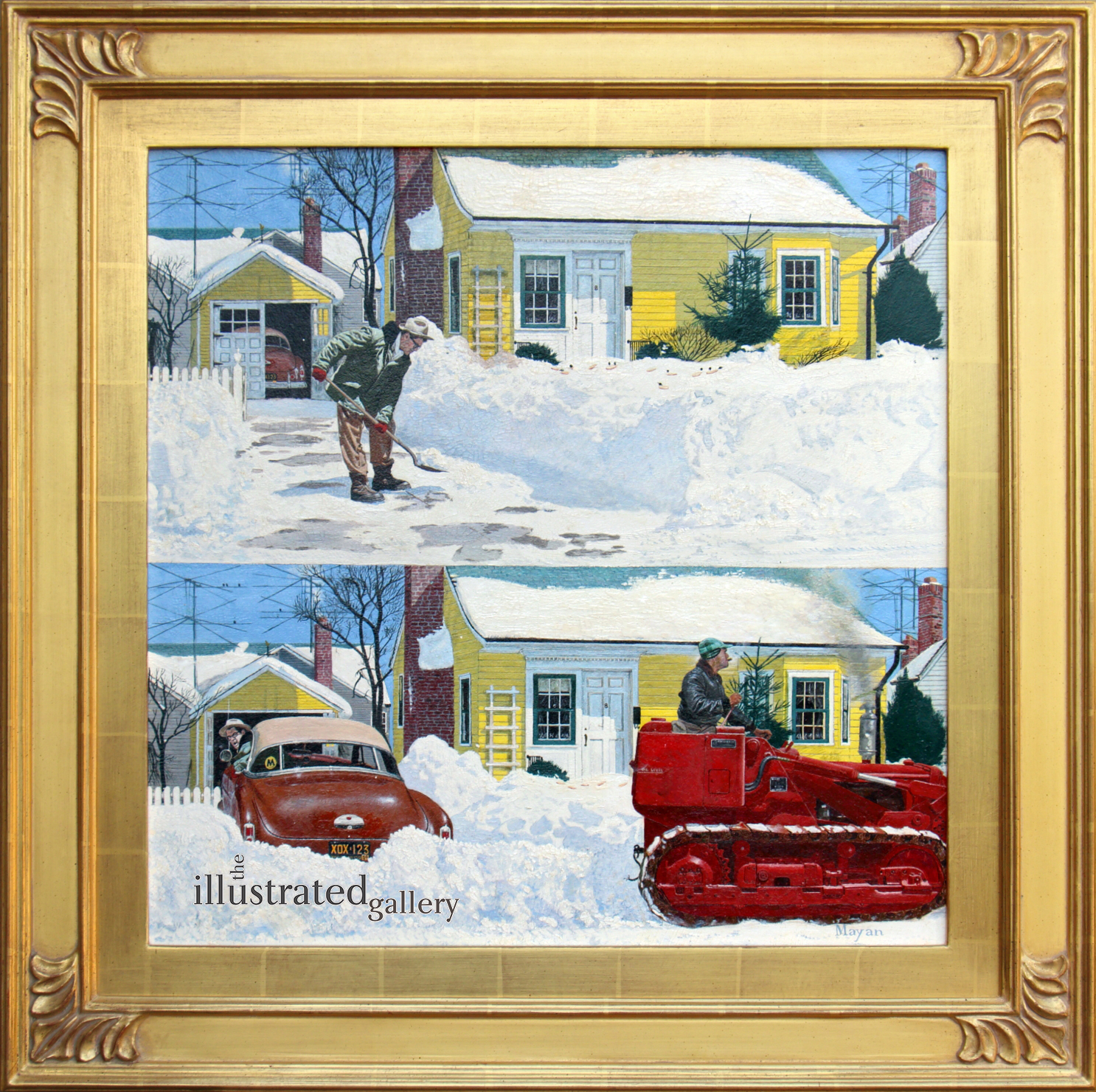 A man arduously shovels his driveway, then along comes a snowplow... On artist Earl Mayan's December 1954 cover, just such a scene ensues as the motorist attempts to back out, and is he steamed! If only some of that steam could melt snow...

For the cover, Earl Mayan used his in-law's house in Valley Stream, Long Island, NY. He also used himself as the man driving the snow plow. The little girl in the photo is his daughter Cathy.