That’s a wrap! 2012 was an amazing year for the illustrated gallery. The focus of the first two thirds of the year was on the new website and database. October 31st was the site launch, which was followed by The NYC Trunk Show and Sale, It’s a Man’s World, Illustration Art by and for Men, November 14-17.

The gallery’s dedicated collector, Jordan, enjoyed many memorable acquisitions in 2012. Of the most notable being; The Christmas Ship in Old New York, a 1928, 11’x4′ 4″ long, N.C. Wyeth, painting for Interlocken Sock, Co. Originally premiering in NYC in 1929 and then after 60 years of ‘whereabouts unknown’, it returned to NYC for its second life premier unveiling… 84 years later. Such is karma!

On that note… we were most pleased to have the conservator of Christmas Ship, Andrew Bertolino of BertolinoArts, guest speak and illustrate his conservation work on the painting. There was great anticipation for the unveiling. Standing room only of excited art students, art lovers and collectors. There was a suspended amazement in the room as Andrew, with before and after images, described the meticulous work and care that goes into restoring a masterpiece to it’s original glory; and what working on the Wyeth meant to him.

Including the ‘monster’ Wyeth the show held 98 paintings. Public display of a large and important collection such as this would not have been possible without the proper secure space. We are most grateful to Roger Reed of Illustration House, NYC for providing the perfect space. Roger, the well-known and regarded illustrated art expert, was the consummate host, and speaker of note on the work and life of J. C. Leyendecker.

And what would an illustration art show be without dedicating time and attention to Norman Rockwell? Luckily for us, Dr. Donald and Phyllis Stoltz, noted world-wide lecturers on the life and work of Norman Rockwell, gave their presentation to an appreciative audience.

The show was the perfect way to end a great year, the icing on the cake. 2012 was truly memorable and we give a big special thanks to those who helped to make it possible.

More It’s a Man’s World, Illustrated Art for and by Men, show pictures: 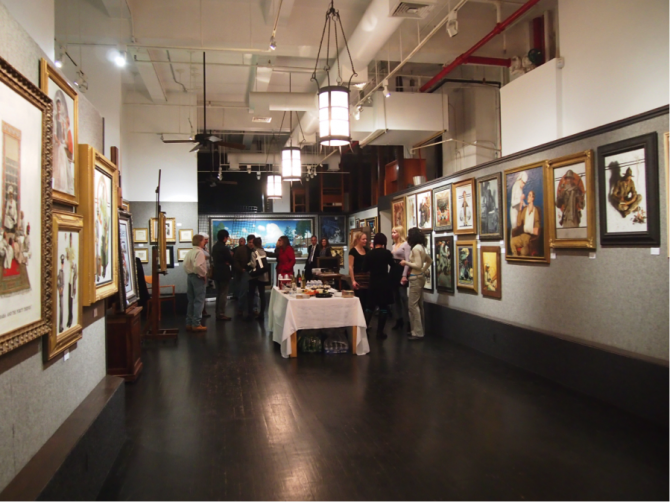 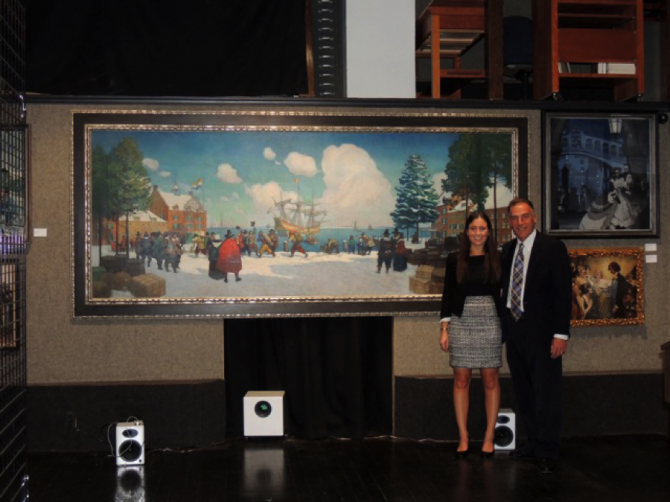 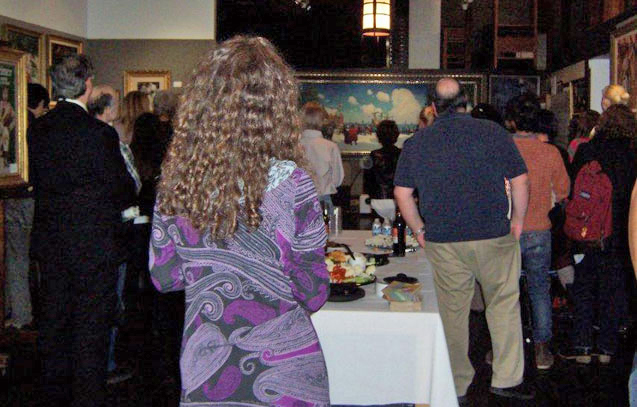 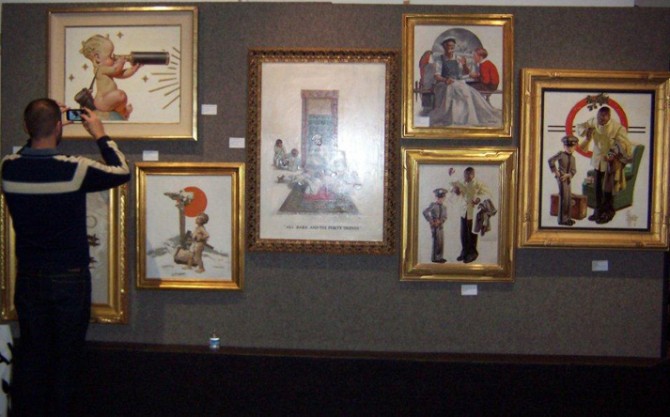 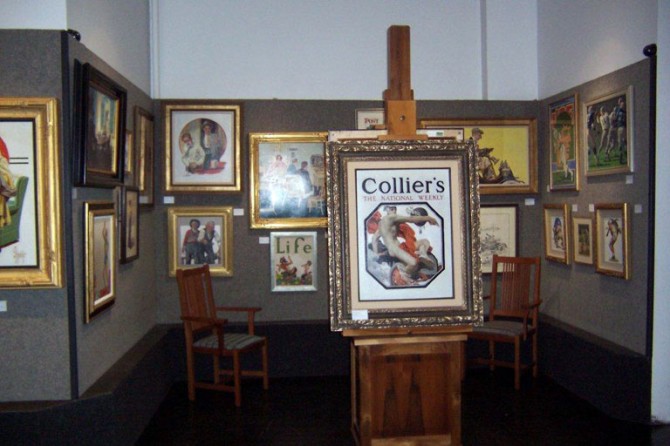 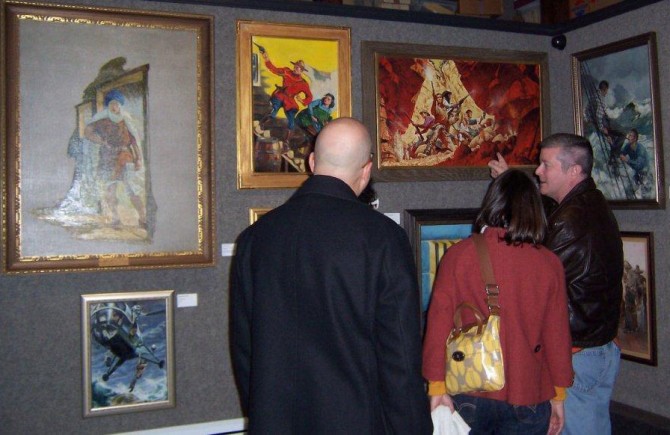 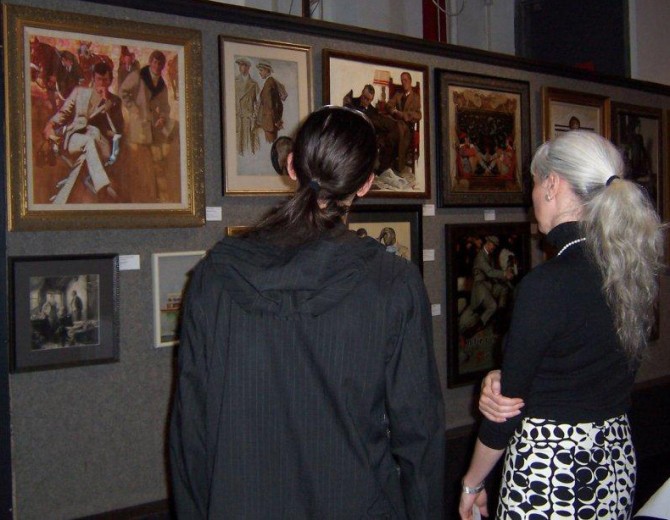