"Judith Sat Straight and Formidable in Her Saddle, Facing Caleb Coldly..."   Lot no. 371 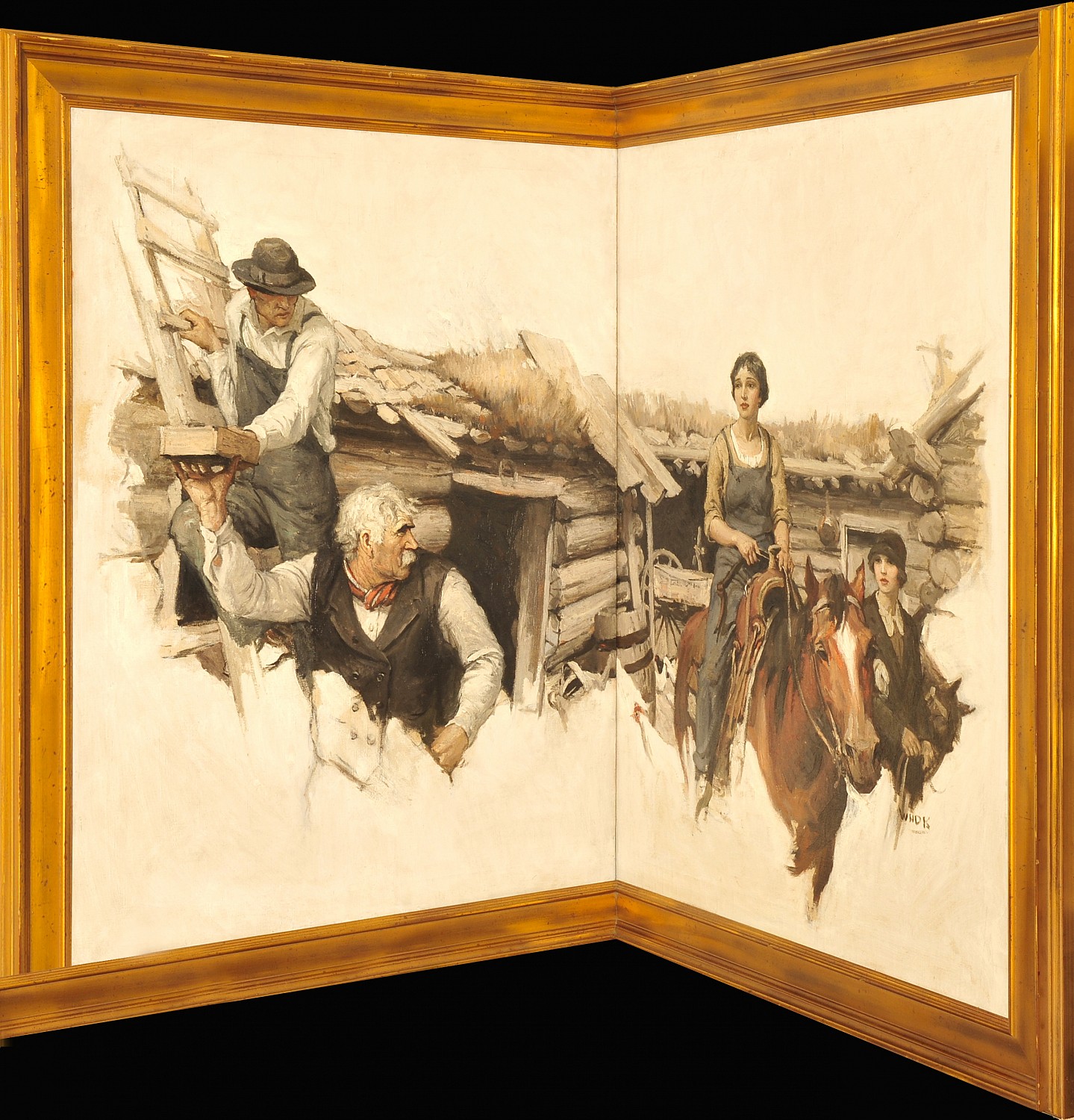 A pair of illustrations from the novel, "Wild Geese."

The novel Wild Geese was the crowning literary achievement of Canadian author and poet Martha Ostenso (1900-1963). Ostenso set the romance on the tough Canadian frontier, where she had spent some of her early life. When it was written in 1924, the book was initially titled The Passionate Flight. She was living in New York by this time and entered it in a nationwide competition for best first novel sponsored by the magazine The Pictorial Review, the Famous Players-Lasky Corporation and the Dodd, Mead Publishing Company. She won first prize over 1,700 entries and $13,500. The book appeared in The Pictorial Review over several installments from August through November, 1925. Koerner was commissioned to illustrate the book for the magazine and the present illustration appeared in the August issue. The plot became the basis of the 1941 Hollywood epic Calling Wild Geese, which starred Henry Fonday and Joan Bennett.

each oil on canvas, two paintings framed together at a 45 degree angle from one another to form a corner (2 paintings)