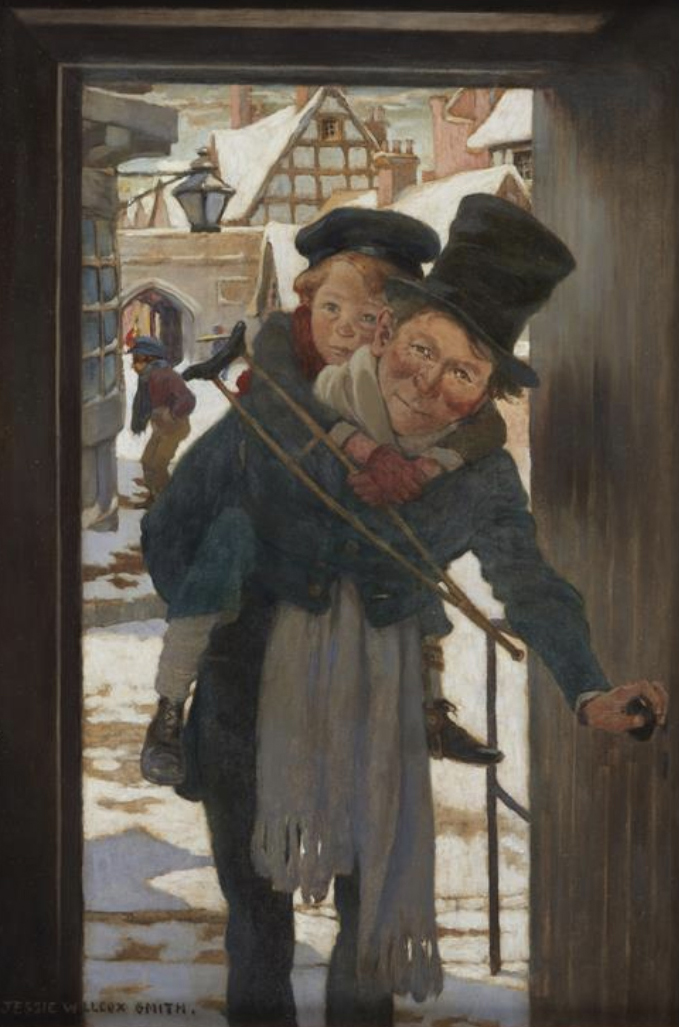 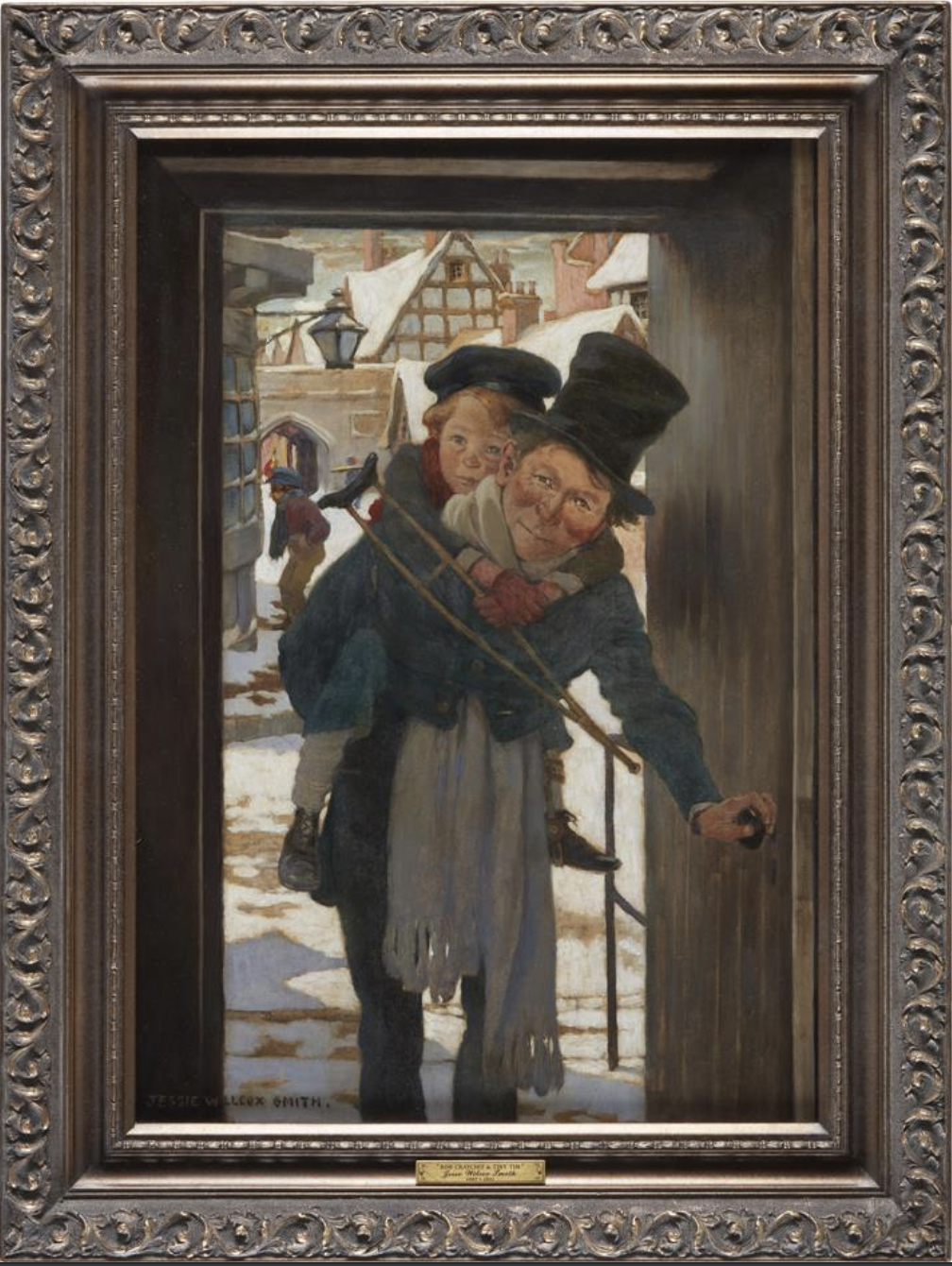 This is an illustration for the book by Samual McChord Crothers, The Children of Dickens, originally published in 1925. Bob Cratchit first appeared in Charles Dickens' A Christmas Carol as the victimized clerk of cold-hearted Ebenezer Scrooge. Timothy Cratchit, also known as Tiny Tim is Bob's youngest son, whose chronic disease forces him to walk with a crutch. His character is built as the antithesis of Scrooge's and serves as a representative of the impoverished, yet strong-hearted, lower class during the Victorian era. When visited by the Ghost of Christmas Yet to Come, Scrooge realizes that he must change his ways and pay Bob Cratchit more generously in order for Tim to survive, later becoming a second father to him.

Read our blog post to learn more about the unique journey of this Willcox Smith masterpiece.