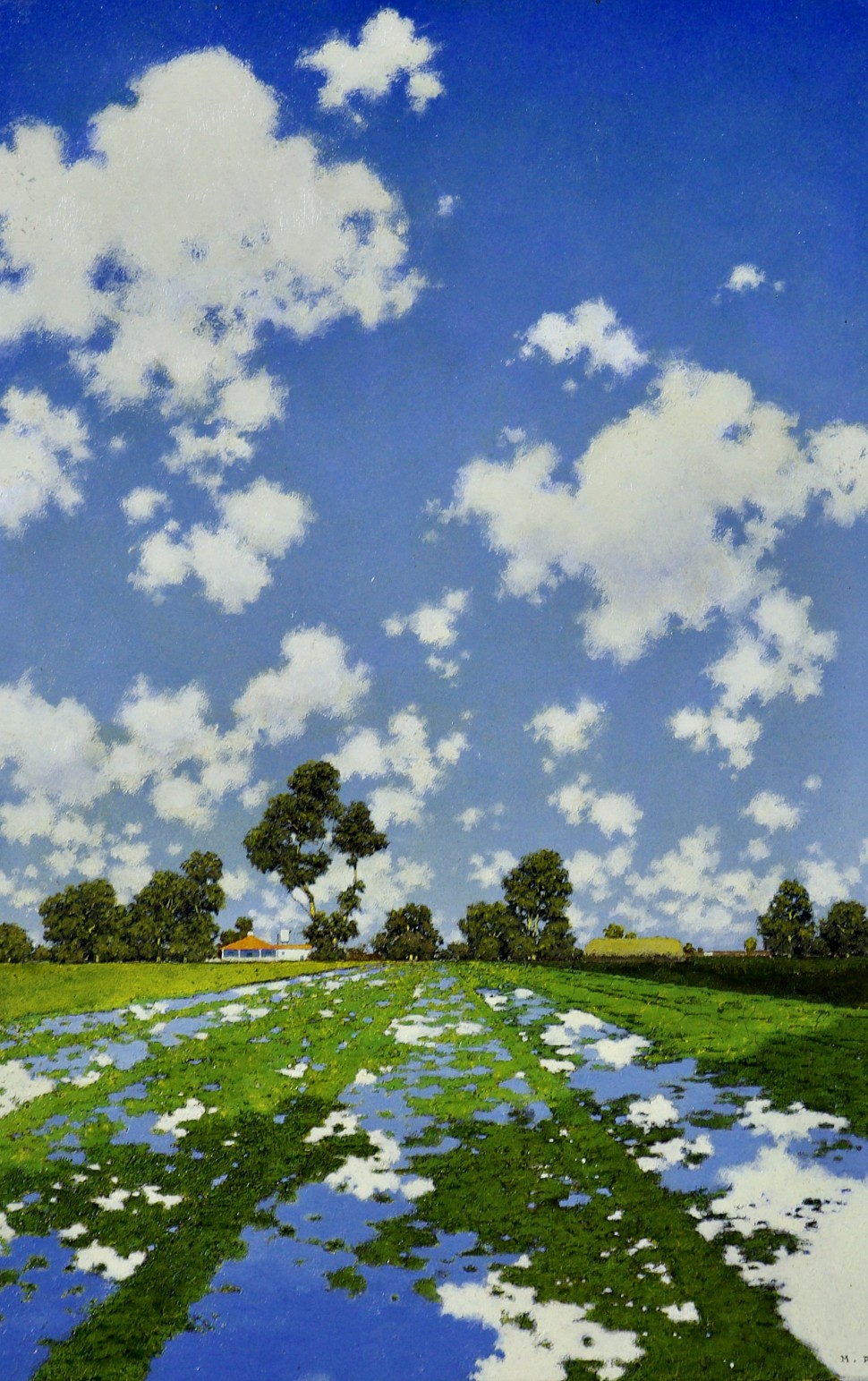 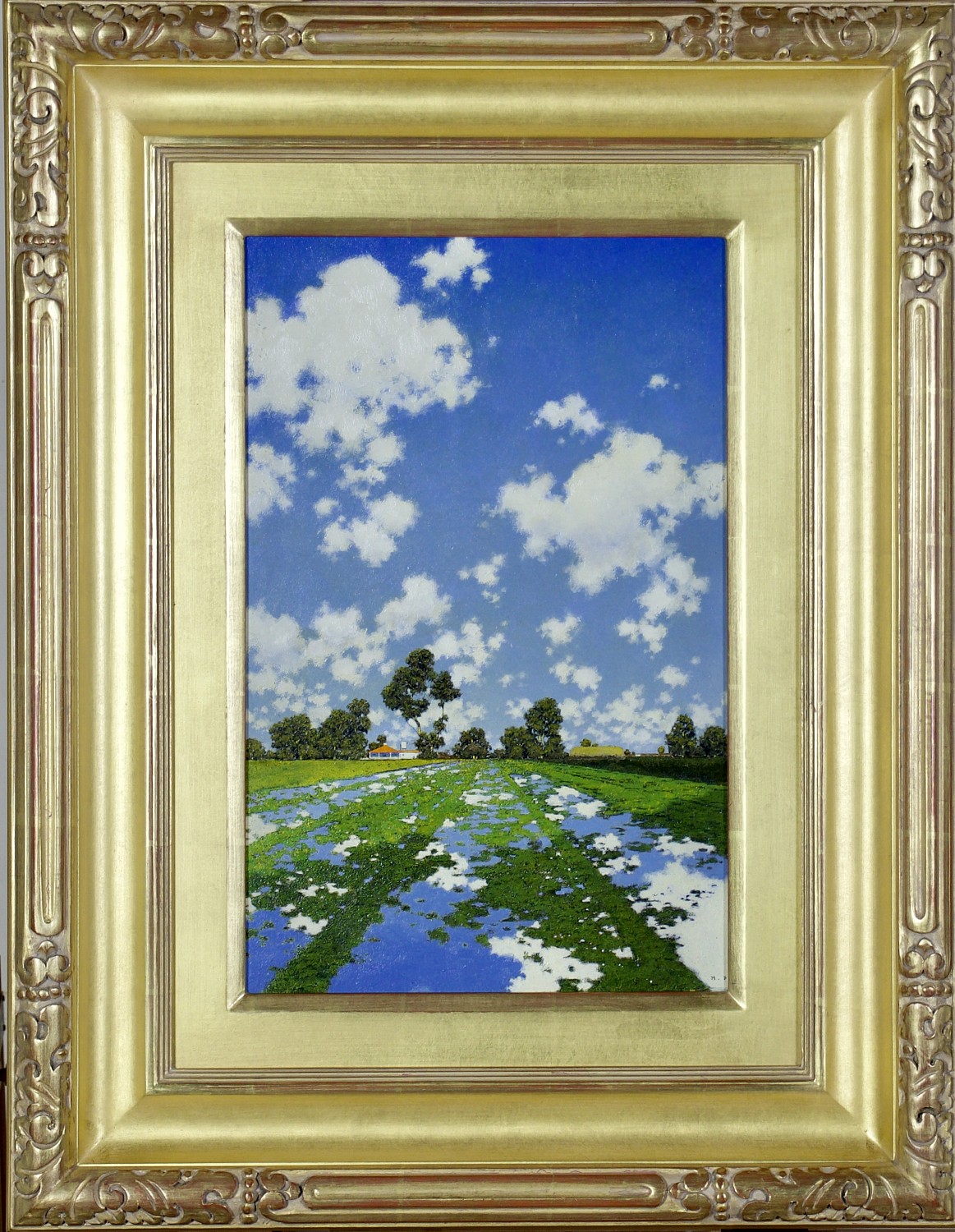 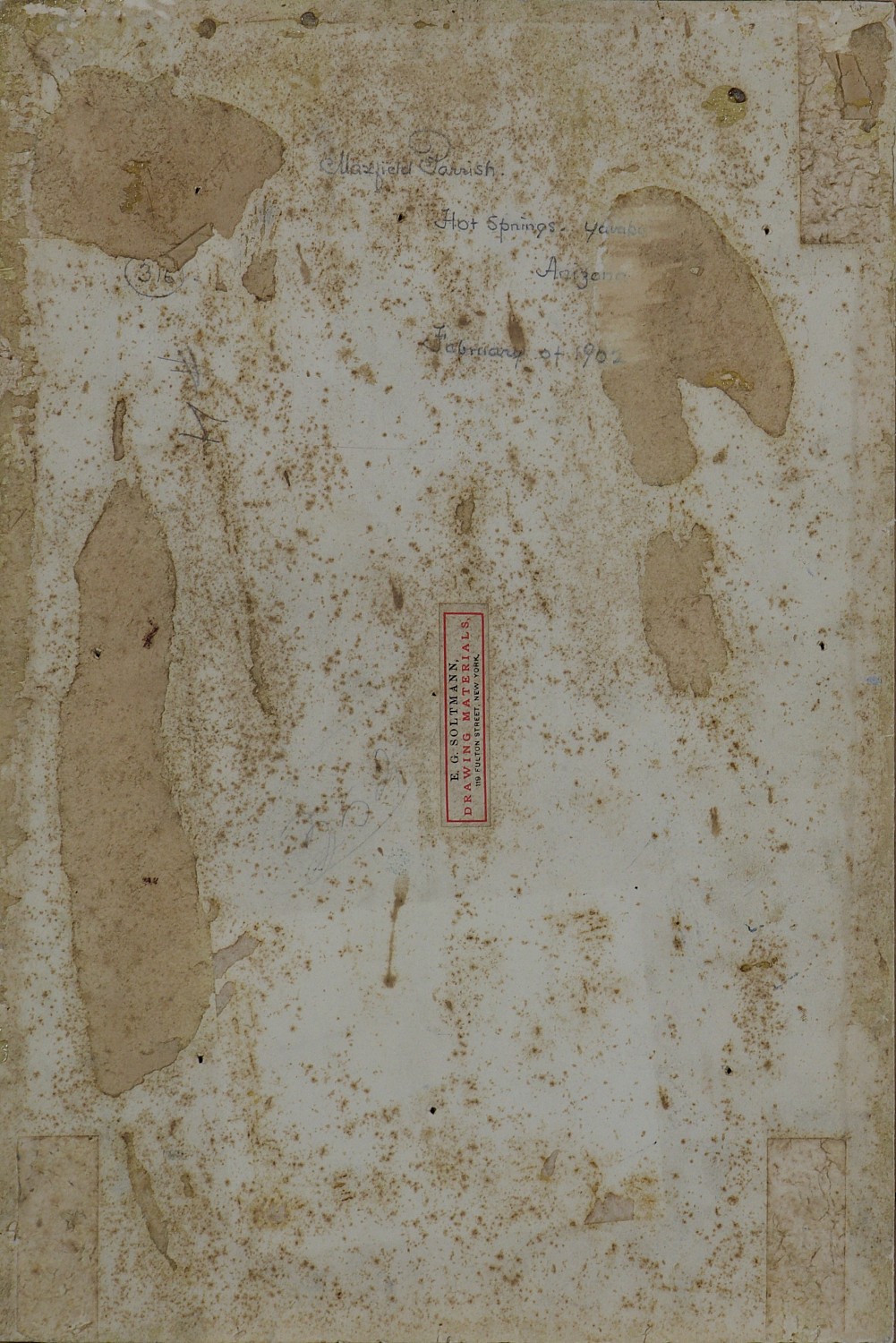 signed with initials M.P. (lower right); inscribed Article III. "Irrigation" water let in on a field of alfalfa (in the lower margin)

Written on back "February of 1902. Hot Springs, Yavabo Arizona"

While spending time in Arizona in 1902 recuperating from an illness, Parrish painted a number of desert landscapes for Century Magazine. He found the colors of the Great Southwest vibrant and contrary to those saying the Southwest was devoid of color. "Many people are greatly surprised when told that there is not as much color in the Southwest as there is here- say in New England. But it is true, nevertheless. That is to say, the celebrated color of Arizona and New Mexico is local color. The light coming through the fine, dry air rarely give the gilding and richness we have so often here in New England. There is evidently not enough moisture in the air to color the light as it passes through. But the Southwest has local color, and lots of it," Parrish declared (Paul W. Skeeters, Maxfield Parrish: The Early Years 1893-1930, Secaucus, 1973, p. 305). Parrish wrote an open letter to Century Magazine where he commented on the inspiration behind the creation of this series. "A field of alfalfa is the most brilliant of greens," he declared (Skeeters, p. 312).