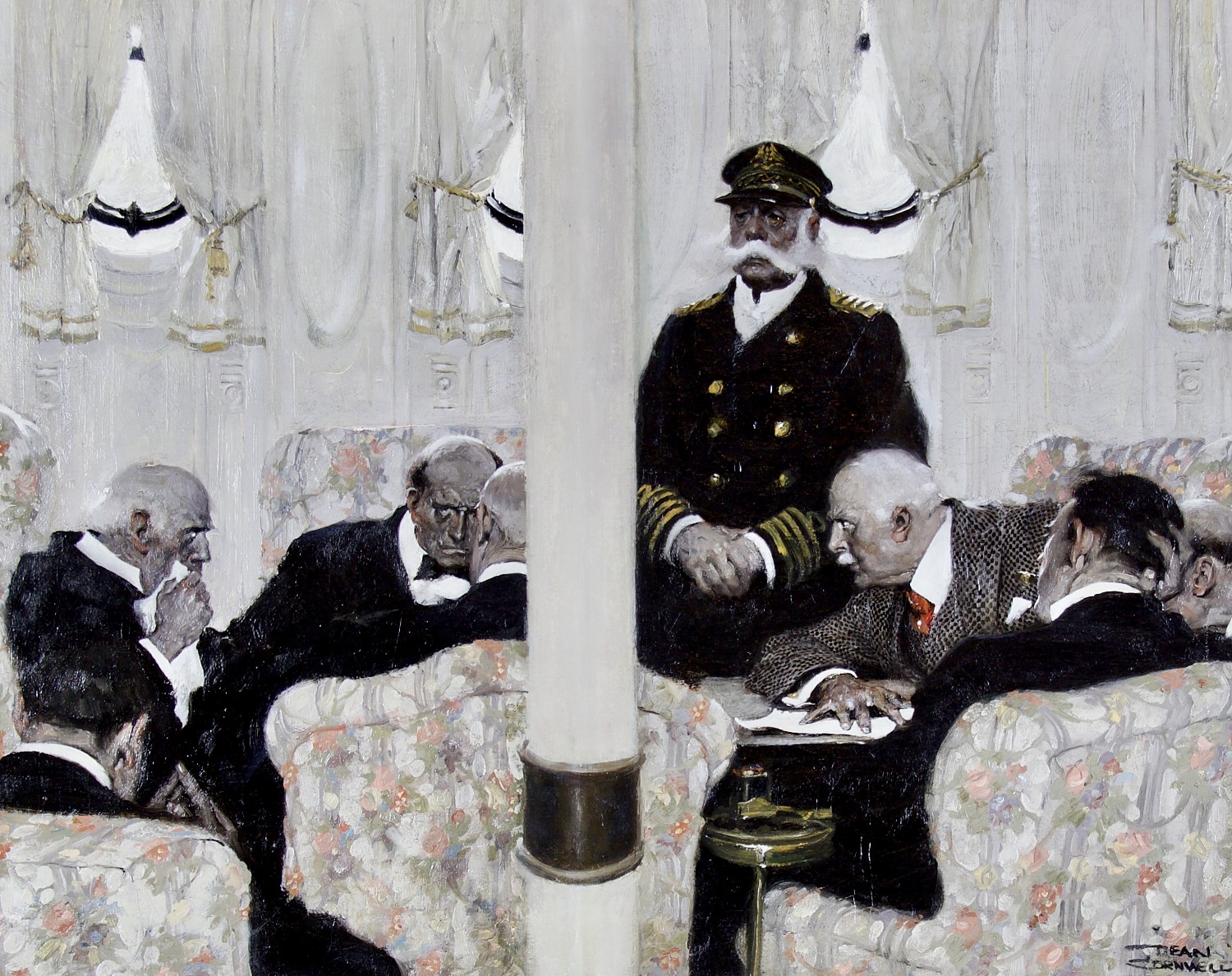 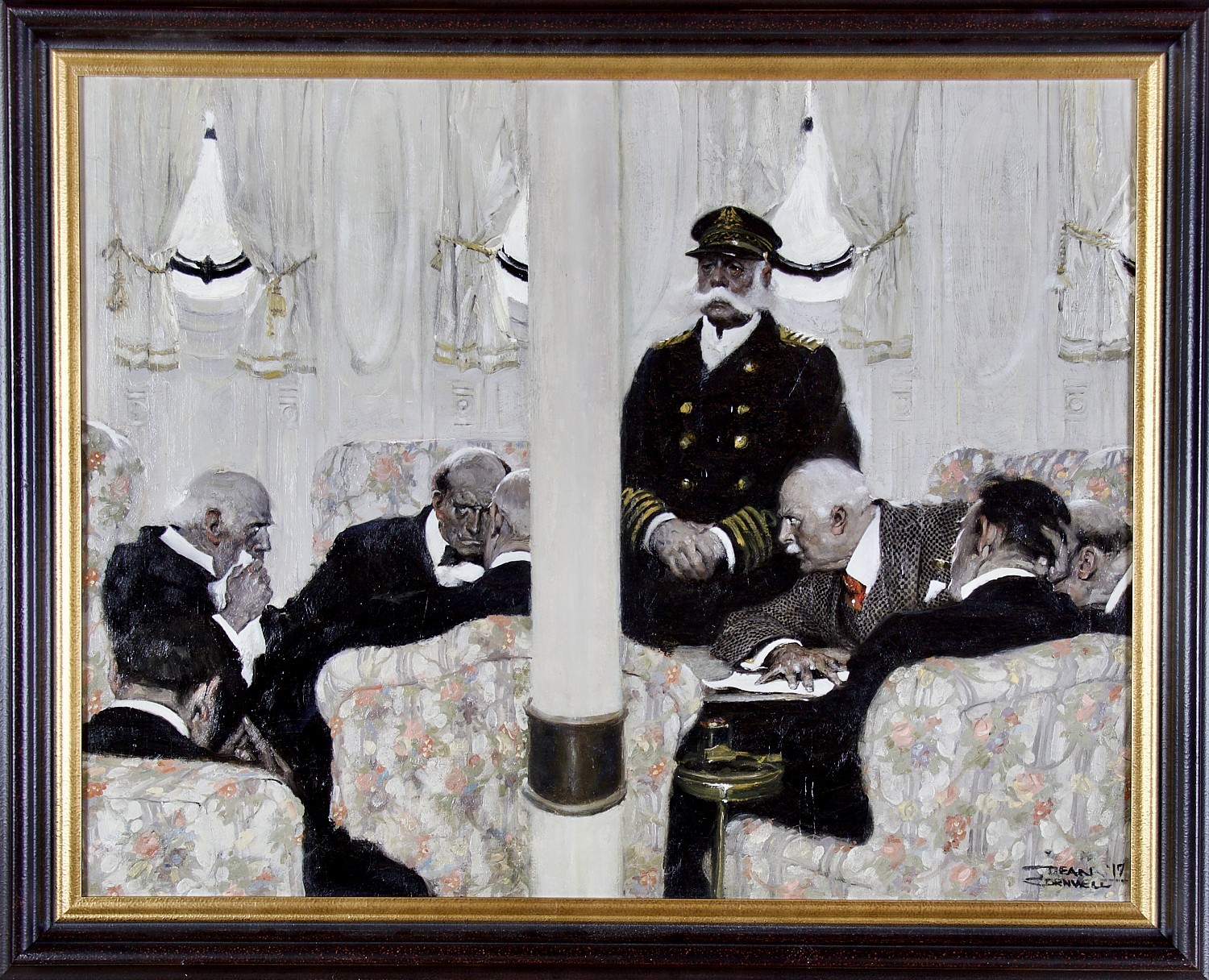 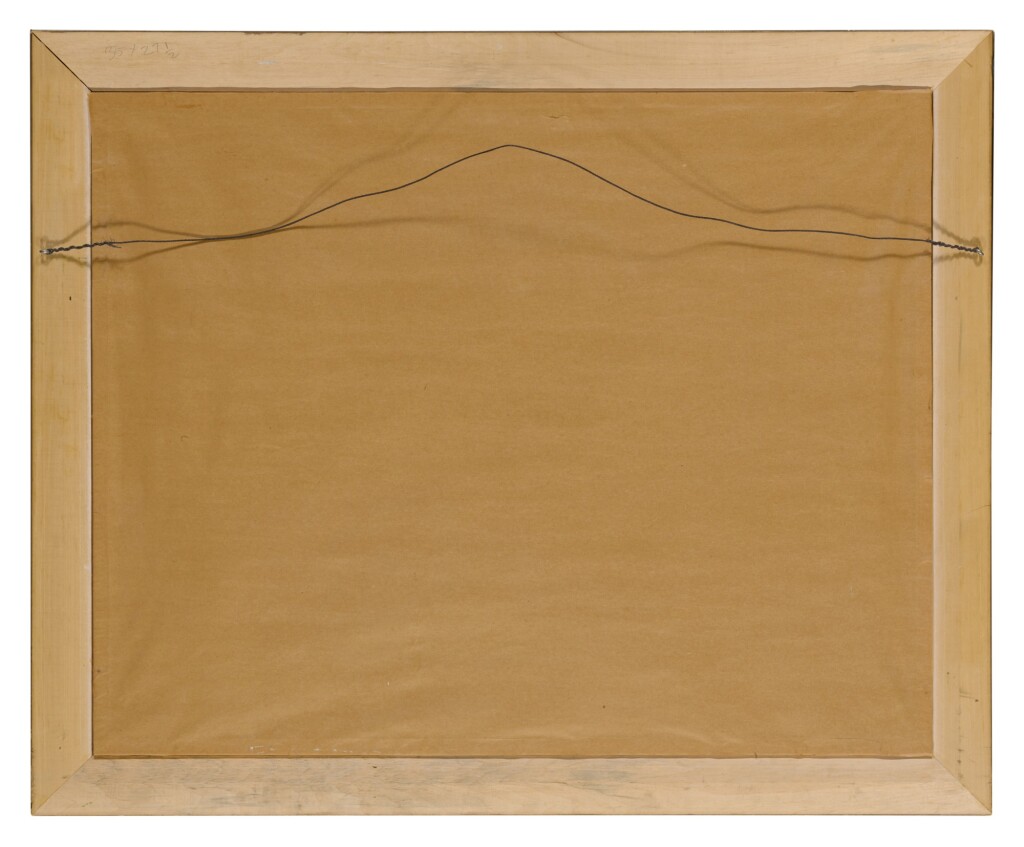 This piece was created as an illustration for John Fleming Wilson’s short story Somewhere at Sea, published in the May 1917 issue of Redbook Magazine. The story tells of a group of businessmen in charge of a line of shipping vessels known as Falconer’s Packet Line and a business decision gone awry. This work depicts the final scene when Captain Cullison, who despite being wronged by his superiors, shows up to save them from the sinking ship, Selkirk. The artist captured the tension of this moment as Cullison’s selflessness forces the board to see clearly the Director’s wrongdoings and give him a taste of his own medicine. The inscription published alongside this illustration reads as follows:

“The directors of Falconers' sat about the table in the ornate saloon of the Selkirk. To them appeared Captain Cullison. . . . . Turner surged forward in his seat and thumped the table with his great fist. ‘Hear that question, Judge? Know the answer? You don't? I do. And now I'll take my profits on this speculation. Either you gentlemen instantly put me in control of Falconers', or I'll just take this matter to the public.’” (John Fleming Wilson, "Somewhere at Sea and Other Tales," Redbook Magazine, New York, May 1917, vol. 29, pp. 114-115).