(American- 1893-1982)
Harold von Schmidt grew up in the West a generation after Remington and Russell, but had a close kinship with them and the Old West throughout his painting career. A native Californian, von Schmidt was orphaned at five and reared by his...
READ MORE


Harold von Schmidt grew up in the West a generation after Remington and Russell, but had a close kinship with them and the Old West throughout his painting career. A native Californian, von Schmidt was orphaned at five and reared by his grandfather who had been a Forty-niner. His grandfather’s stories, together with his own experiences as a construction worker, lumberjack, and cowhand gave him authoritative insight into the earlier era.

He studied at the San Francisco Art Institute and the California College of Arts and Crafts, also with Worth Ryder and Maynard Dixon. His first art job was as an art director for Foster & Kleiser, followed by illustrating for Sunset magazine.

In 1924, von Schmidt came East to study further with Harvey Dunn. He always acknowledged the tremendous effect that Dunn’s teaching had on his career. It was Dunn who taught him to paint the epic aspect of the text rather than the incidental, and he always kept to this high standard.

He was a member of the American Olympic Rugby Football team at Antwerp, Belgium, in 1920, and was an ardent athlete all his life; he also played baseball, hockey, and coached the local High School football team once he moved to Connecticut. Feeling that an artist should be active in civic affairs, he served as a Selectman for the Town of Westport for eight years, and was on the Board of Finance, the Police Commission, and the Public Library Board.

Twelve of his paintings depicting the westward trek and the Gold Rush of 1849 were hung in the Governor’s office in Sacramento, California; five Civil War paintings are in the permanent collection of the United States Military Academy at West Point, and many others are in important private collections.

Von Schmidt as a life trustee of the Artists Guild, New York; president of the Society of Illustrators from 1938-41; a member and officer of the American Indian Defense Association; president of the Westport Artists, 1950-51; and a founding member of the Famous Artists Schools in Westport, Connecticut. He was awarded the first Gold Medal by the trustees of the National Cowboy Hall of Fame in 1968, and was elected to the Society of Illustrators Hall of Fame in 1959. His biography was published by Northland Press in 1972.

Do you have an illustration to sell by this artist? 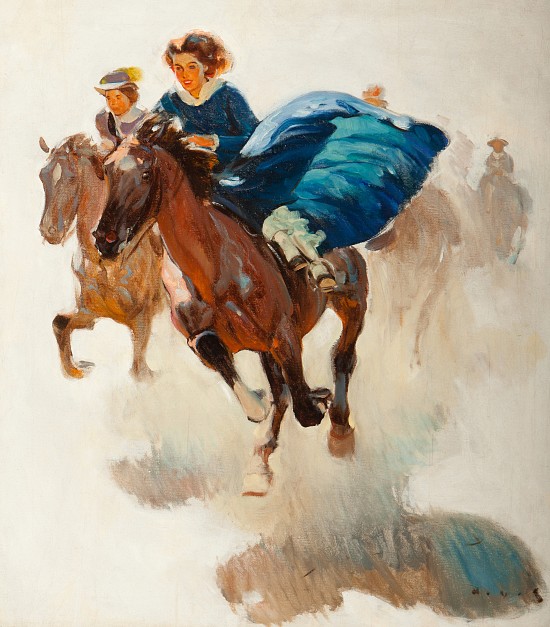 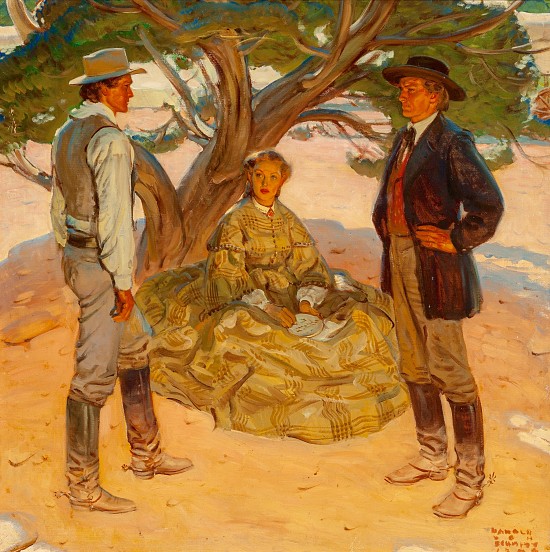 Under the Pinon Tree 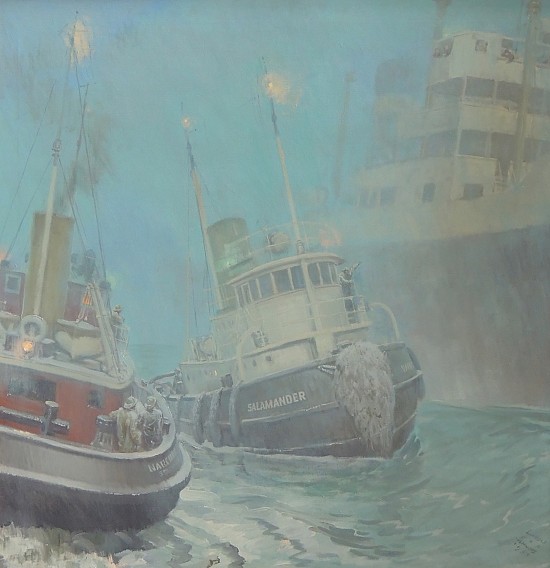 An Illustration from "Tugboat Annie" 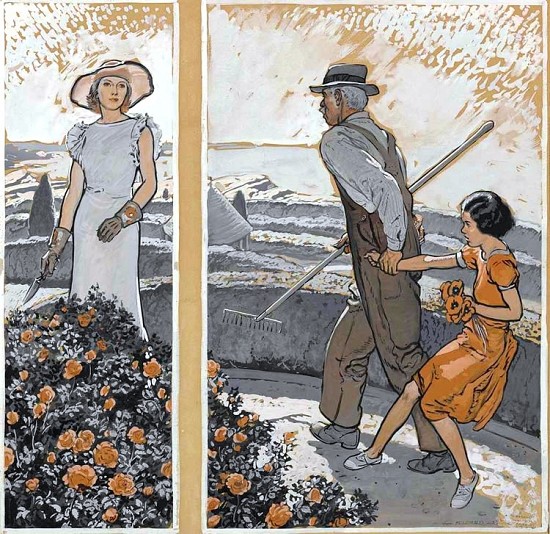 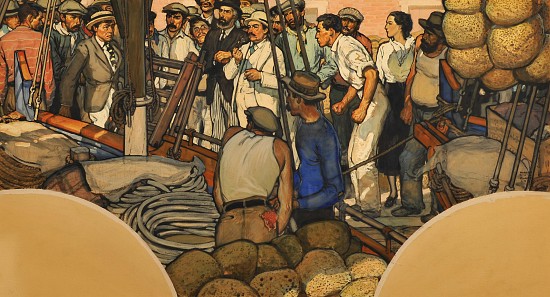 "It's His Word Against Mine." Cosmopolitan Story Illustration 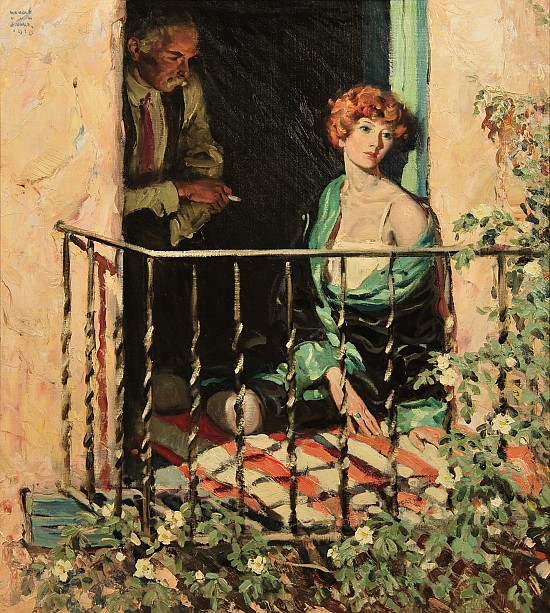 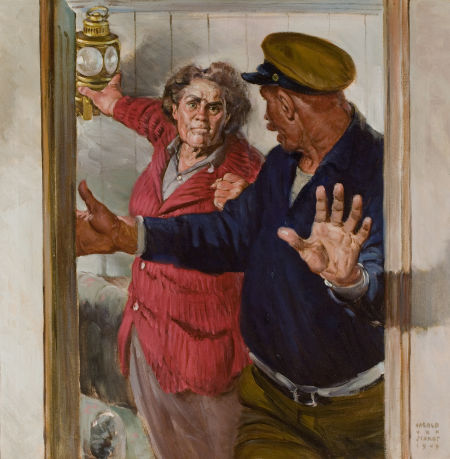 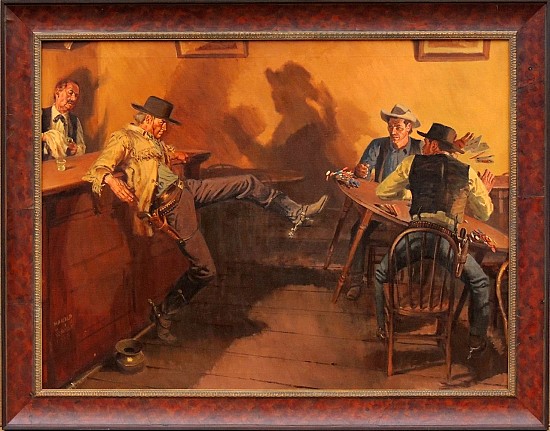 "Chips Went Spinning and Rolling. Cards Fluttered Through the Air" 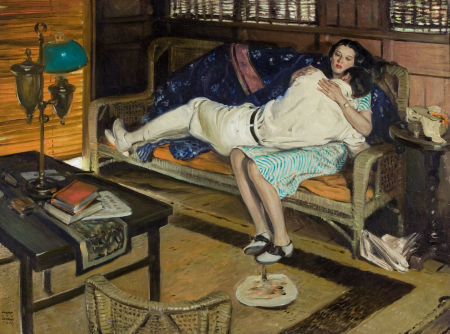